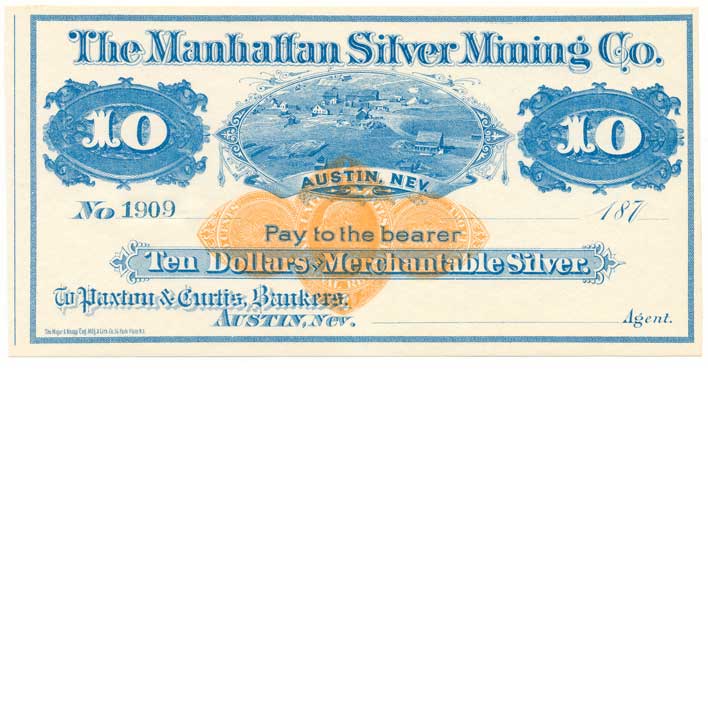 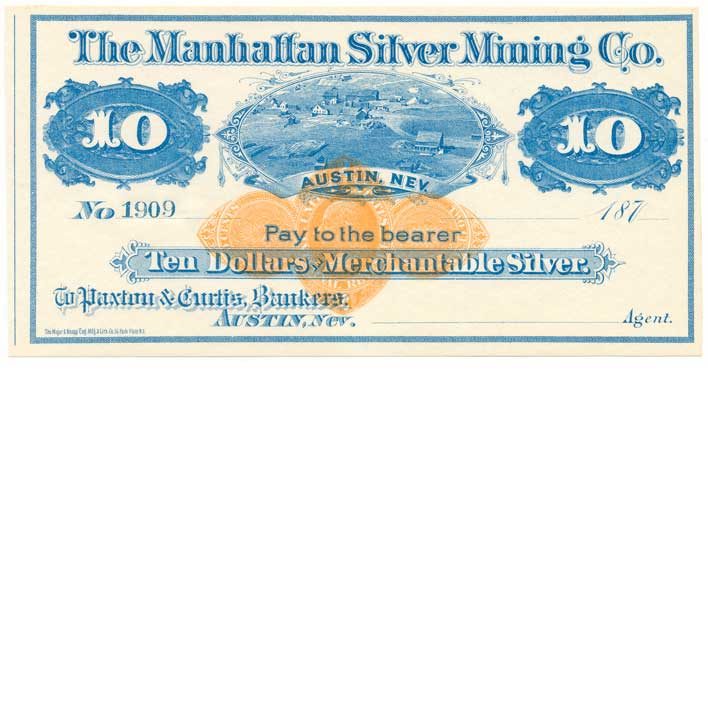 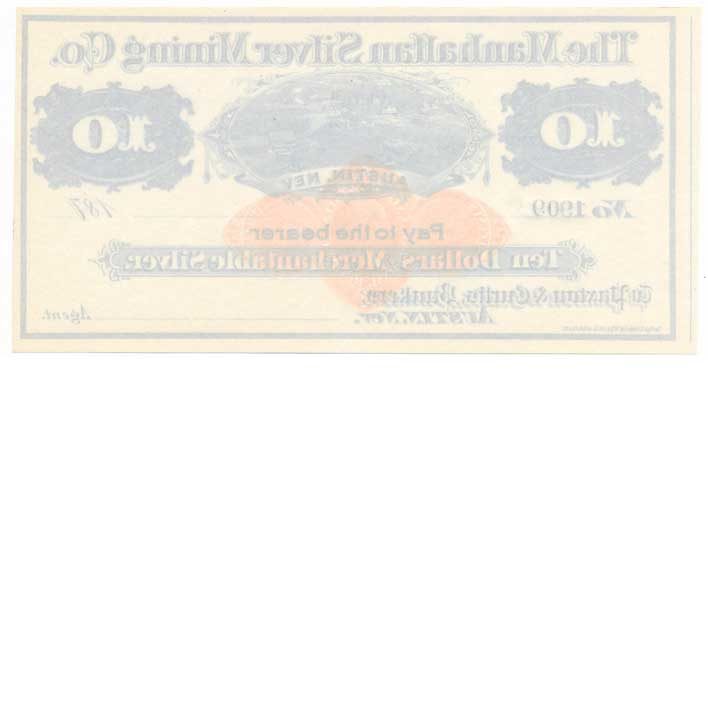 The Manhattan Silver Mining company, comprised of 126 different claims, operated many lodes near Austin, in central Nevada with major mines in operation for a number of years during the late 1800s. Lodes included the Snow Flake and many other famous mines. Named for Austin, Texas, Austin was founded in 1862 as part of a silver rush reputedly triggered by a Pony Express horse who kicked over a rock. By summer 1863, the Austin and the surrounding Reese River Mining District had a population of over 10,000, and it became the county seat of Lander County.

Faced with a shortage of coins, the Manhattan Silver Mining Company’s bankers, Paxton & Curtis, attempted to create a paper money alternative to meet mine payroll. Script (private currency) was prohibited by the Nevada Constitution, so Paxton & Curtis disguised script as bearer checks, but the miners were not deceived, and threatened a general strike. Consequently, none of it was placed in use. There were equal numbers of $1, $3, $5, $10, $20, $50 and $100 denominations of these printed. Serial numbers indicate 3,000 of each denomination were printed in 1875. Had it been put into use, each would have been subject to 2c Federal tax (RN-D1).