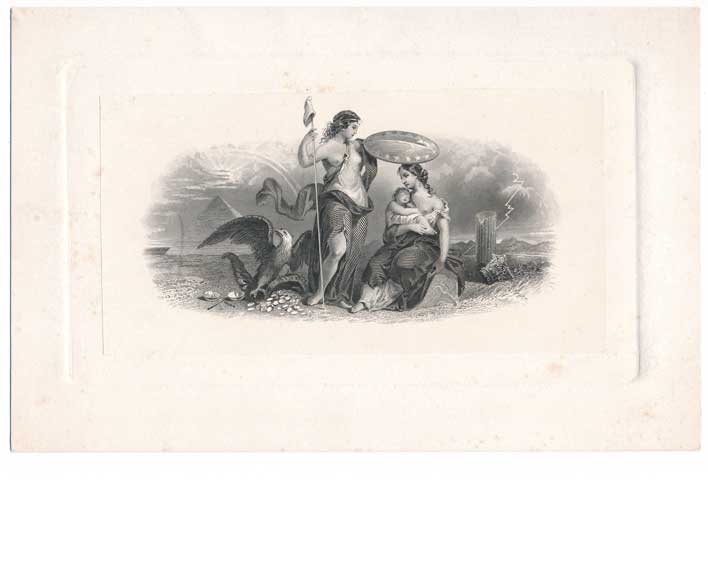 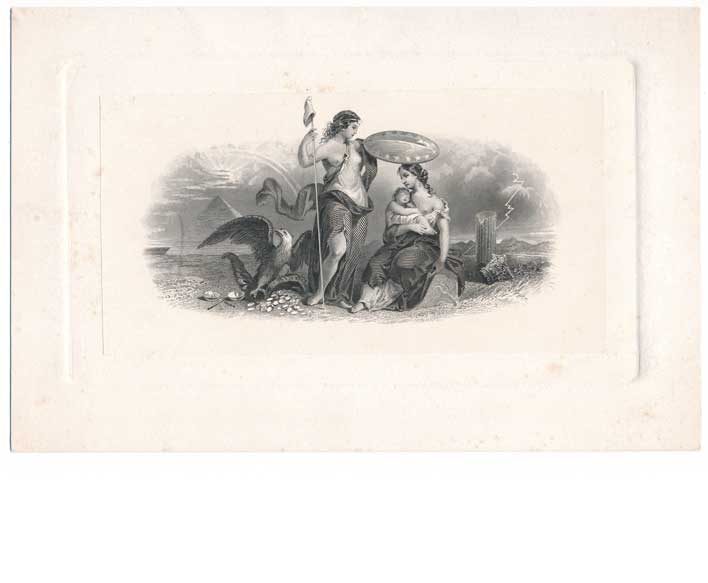 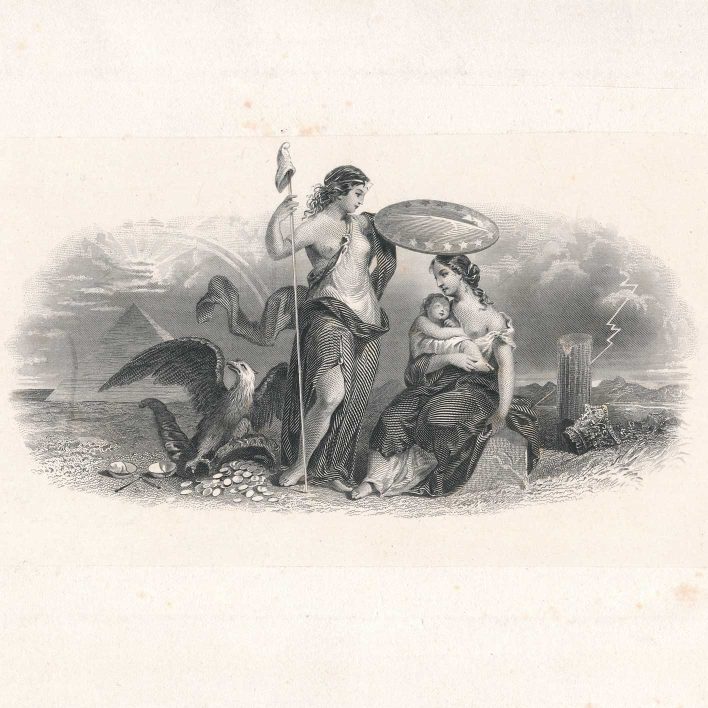 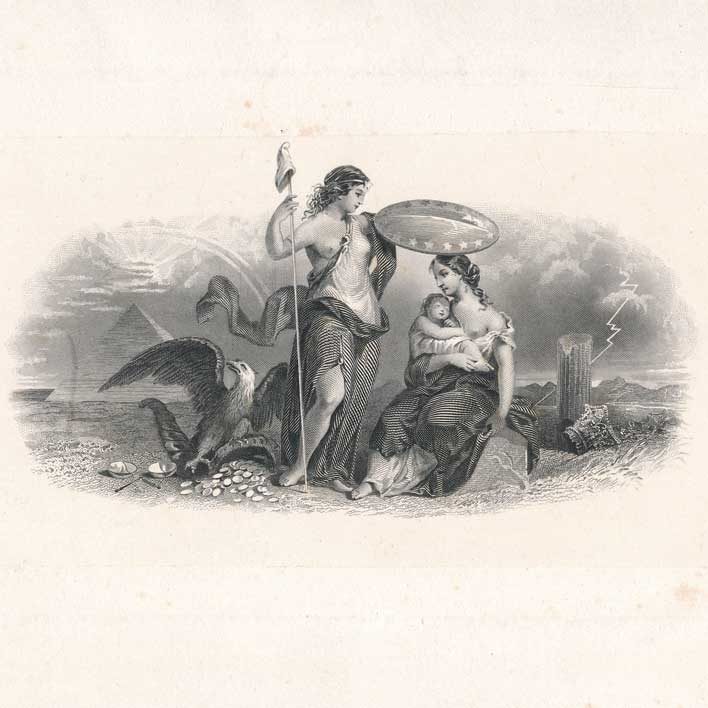 Die Proof Vignette of Allegorical Scene attributed to 1859 Equitable Insurance Certificates by Charles Burt. Printed on India paper, die sunk on card, without imprint. An amazing vignette with mesmerizing imagery. In the center, partly exposed Liberty stands with shield and cap on Liberty Pole, just behind is eagle with cornucopia of coins. Seated mother and infant protected by Liberty’s shield. In left background, sun rises over a pyramid. Right,lightning striking at broken column. Unsigned. Size: 8.5” x 5.5”

Charles Burt was born at Edinburgh on the eighth day of Nov. 1822. At twelve years of age he apprenticed with W. Home Lizars, principally engaged on plates for Sir Wm. Jardine’s Natural History. He shortly afterwards came to the United States, and was employed by A. L. Dick, who, in his words, had an establishment for engraving in the city of New York, and with whom he remained for about four years. Beginning in 1850 Charles Burt was engaged on Bank Note work, and was the principal die engraver for the U. S. government.