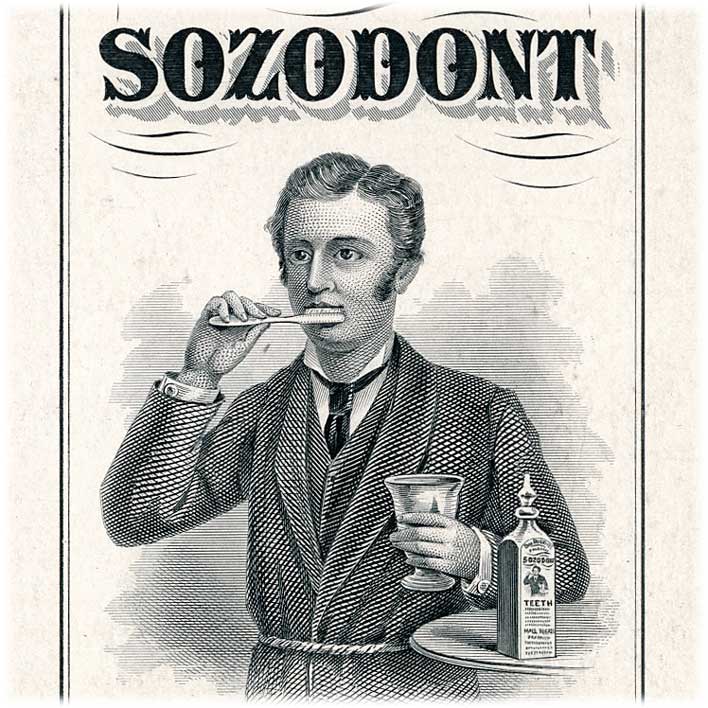 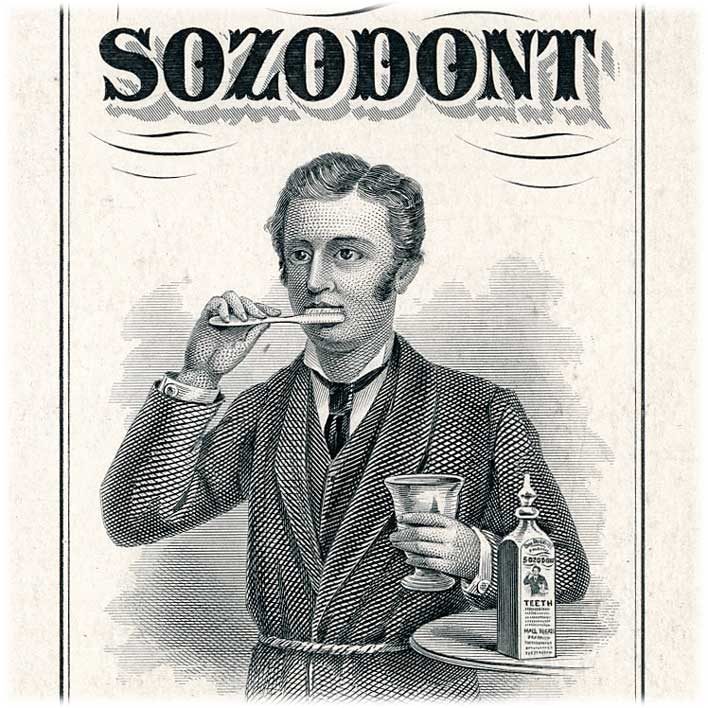 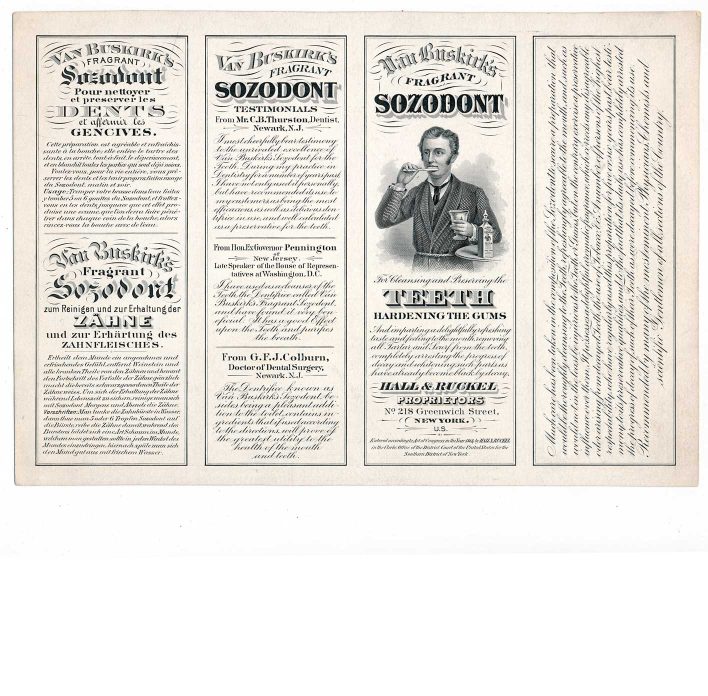 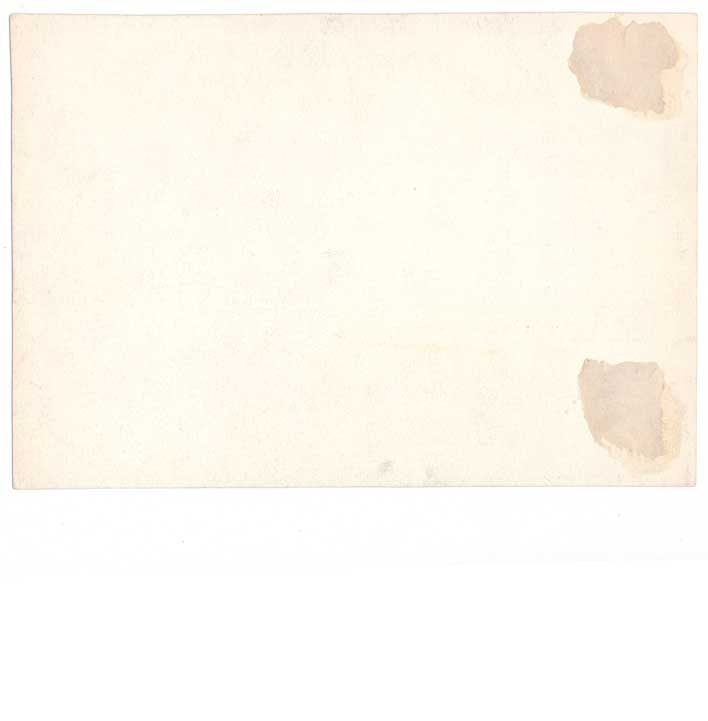 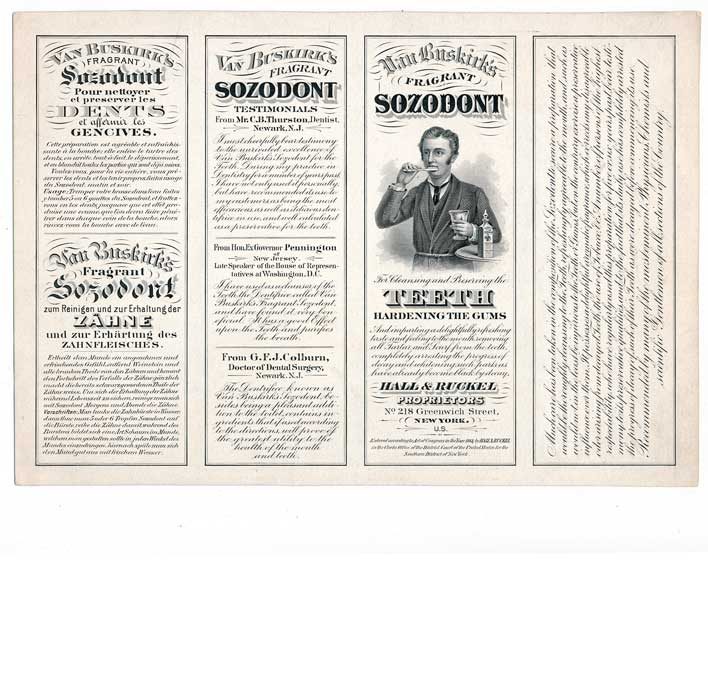 Sozodont was a popular brand of oral hygiene product from the mid-nineteenth century to the early twentieth century. Created in 1859 by druggist Roswell van Buskirk (circa 1824–1902) of New Jersey, it derived its name from the Greek sozo, meaning “to save”, and dontia, meaning “teeth”. Sozodont was later manufactured by the firm Hall & Ruckel of New York, New York, and London, England. Known as Van Buskirk’s Fragrant Sozodont, or Van Buskirk’s Fragrant and Antiseptic Sozodont, the product was dispensed from a glass bottle through a metal sprinkler and, as illustrated advertisements show, could be applied to the teeth using a toothbrush. The product made strong use of advertising as a marketing tool and by the late nineteenth century was an established household word.

William Henry Hall and John H. Ruckel were friends with shops on Greenwich Street in New York. In the early 1850’s they went into business together, and by 1863 they were manufacturing a dentifrice called Sozodont. In 1869 Hall and Leonard W. Warner acquired the business of L.R. Herrick (Herrick’s Family Medicines), and other preparations like Dr. J.R. Stafford’s Iron & Sulphur Powders and Stafford’s Olive Tar. Later they developed or bought Lubin’s Violette Tooth-Powder, Hall & Ruckel’s Improved Seidlitz Powders and Walnut Leaf Hair Restorer.