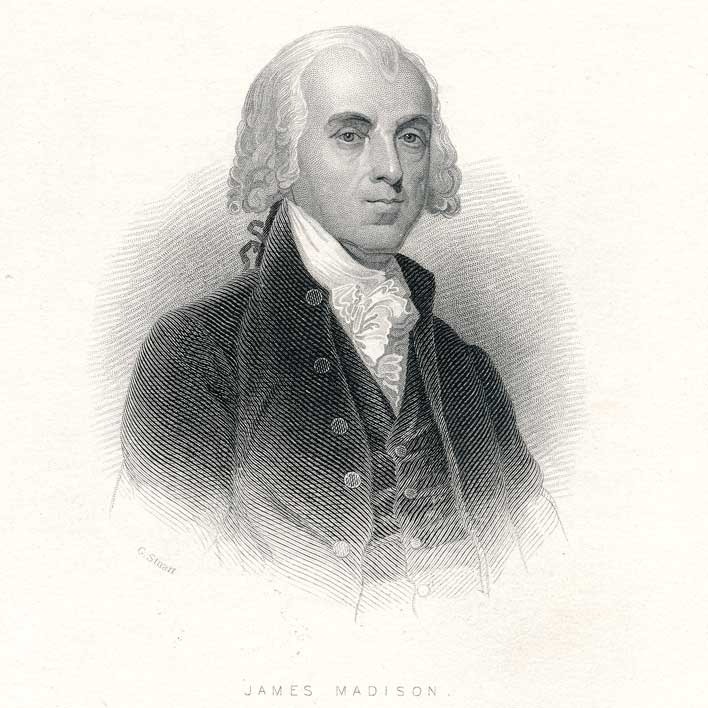 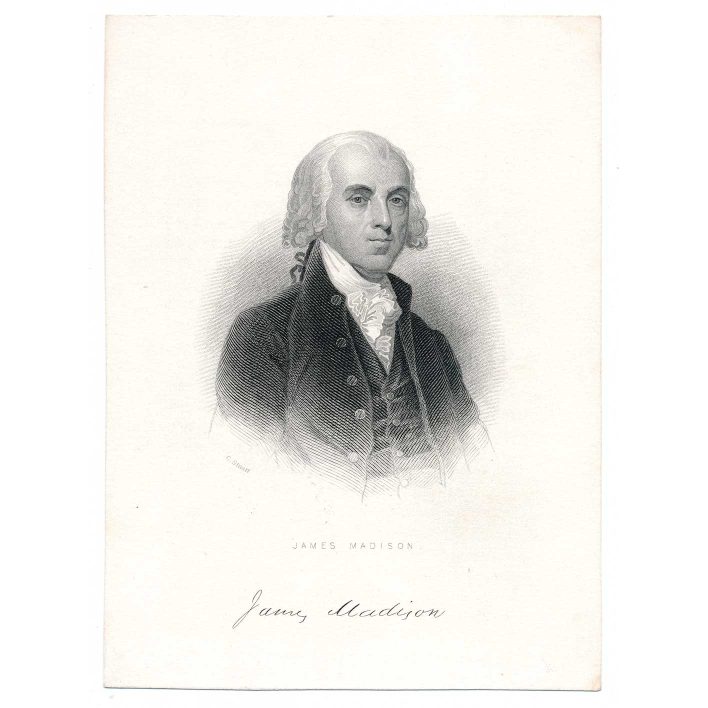 Portrait of James Madison after a painting by Gilbert Stuart from The Life of George Washington, by Washington Irving, 1856. This is an original 19th century item, not a contemporary print.