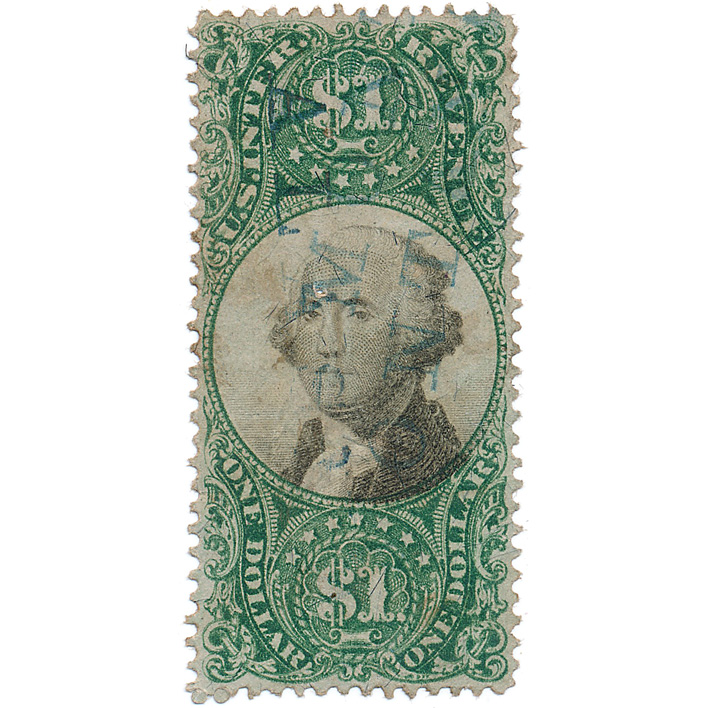 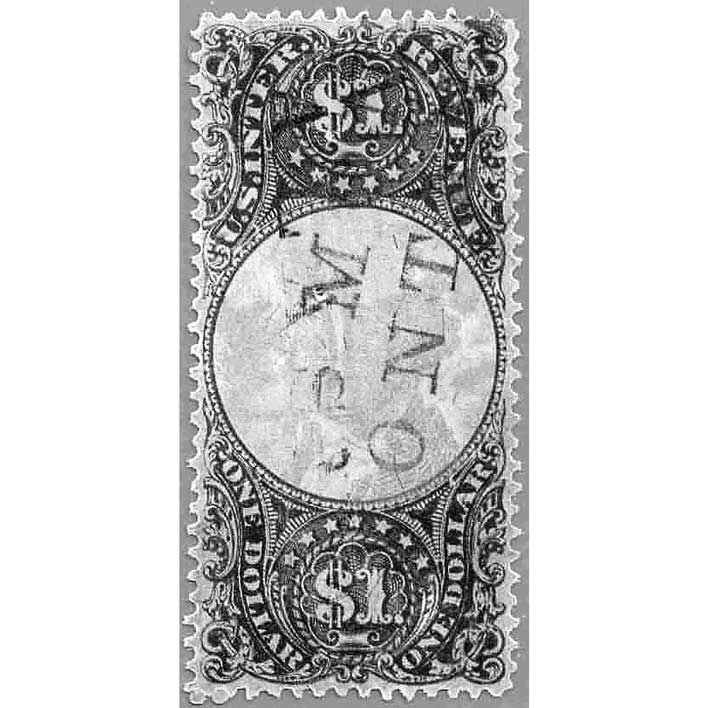 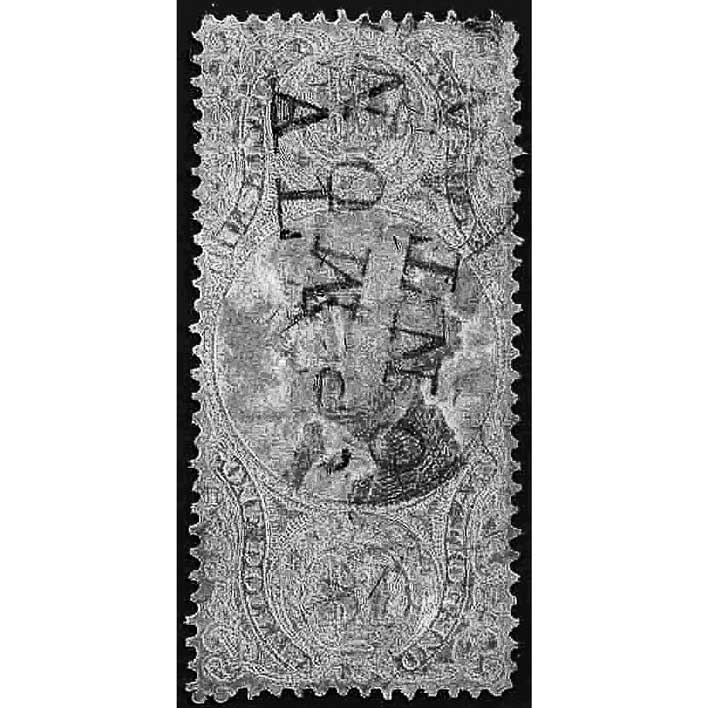 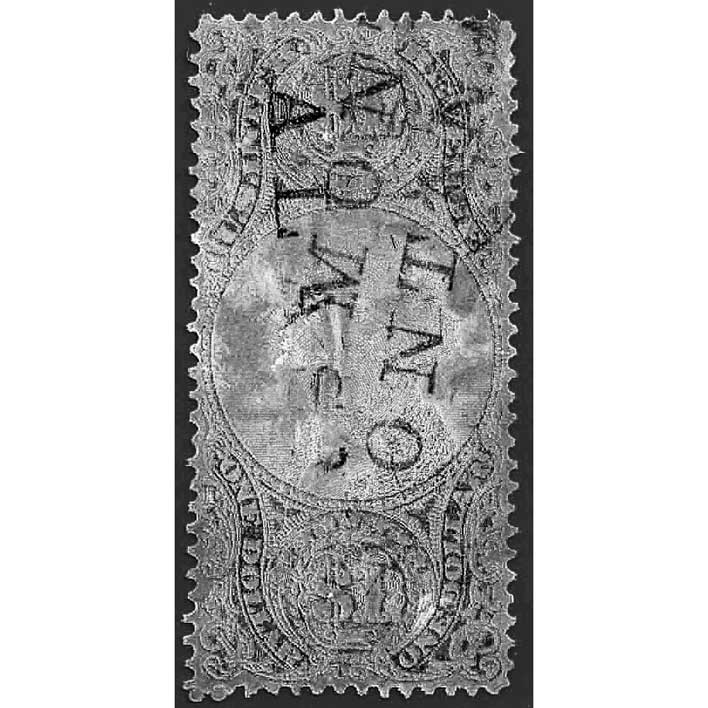 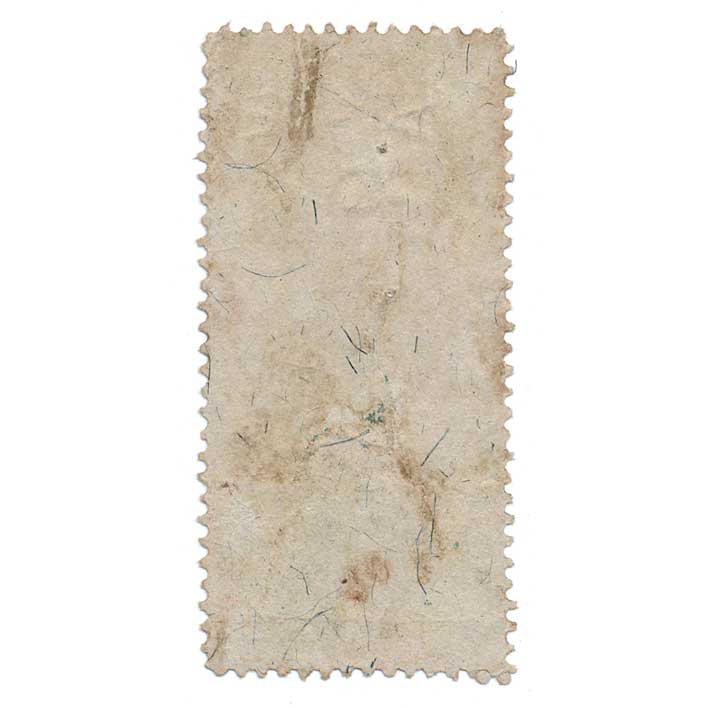 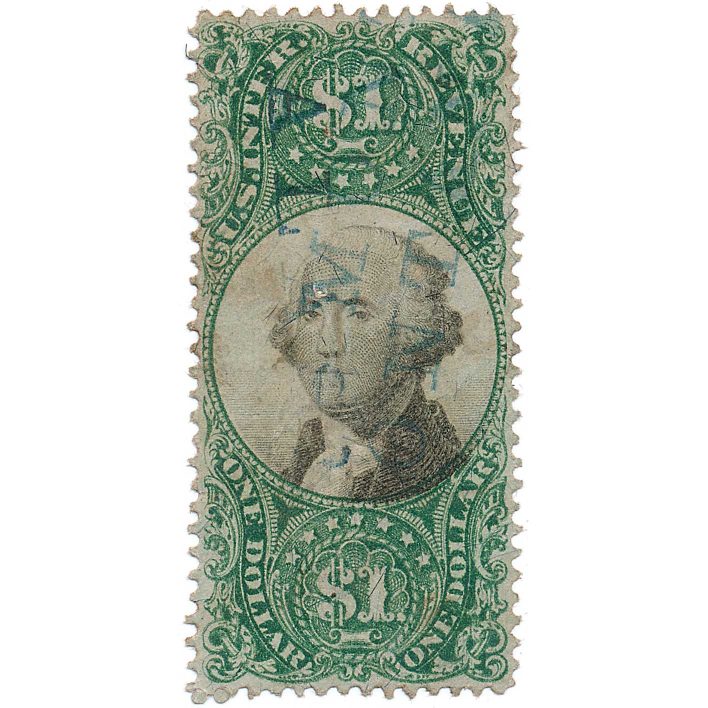 Some of the most popular revenue cancels are those of the Pacific Mail Steamship Company, founded April 18, 1848, as a joint stock company under the laws of the State of New York by a group of New York City merchants, William H. Aspinwall, Edwin Bartlett, Henry Chauncey, Mr. Alsop, G.G. Howland and S.S. Howland. These merchants had acquired the right to transport mail under contract from the United States Government from the Isthmus of Panama to California awarded in 1847 to one Arnold Harris.

Some collected data about the steam­ships of the P. M. S. S. Co. may be of interest to those collectors of the straightline cancels of this company. To recap briefly, the company had four fleets of ships in addition to those used in local ship lanes on the Pacific coastal trade. The Atlantic line, be­tween New York and Aspinwall, Col.; the Pacific line, between San Francisco and Panama, Col.; the China line, be­tween San Francisco, Yokohama and Hongkong; and the Shanghai branch line between Yokohama and Shanghai…All ships are wooden sidewheelers. – Ships of the Pacific Mail S. S. Co., H. P. Shellabear, M.D. The American Revenuer, October 1962

The stamps of the second issue had hardly made their appearance when complaints began to come in because they were all printed in the same colors and this led to confusion and errors. Thus, the third issue series were printed with frames in various colors surrounding the portrait of George Washington in a fugitive grey ink, once again on Willcox Chameleon Paper.