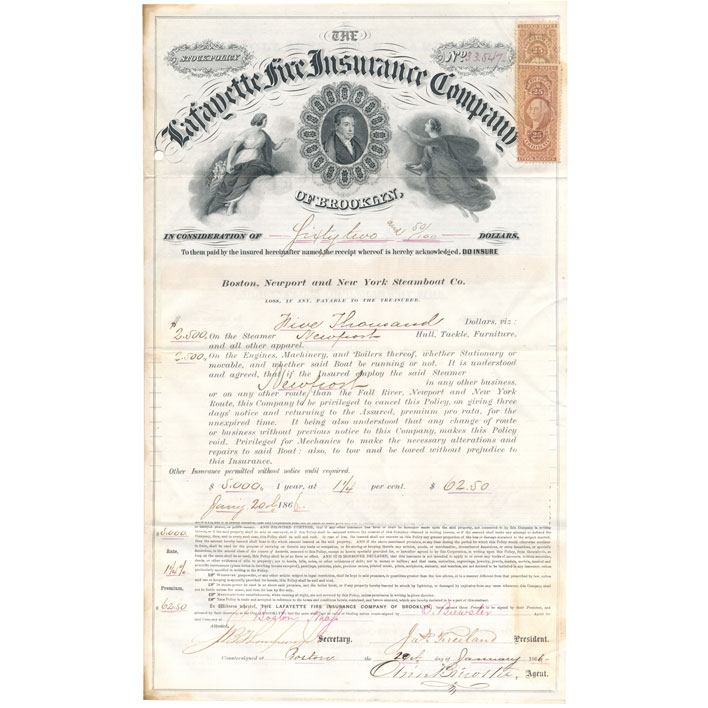 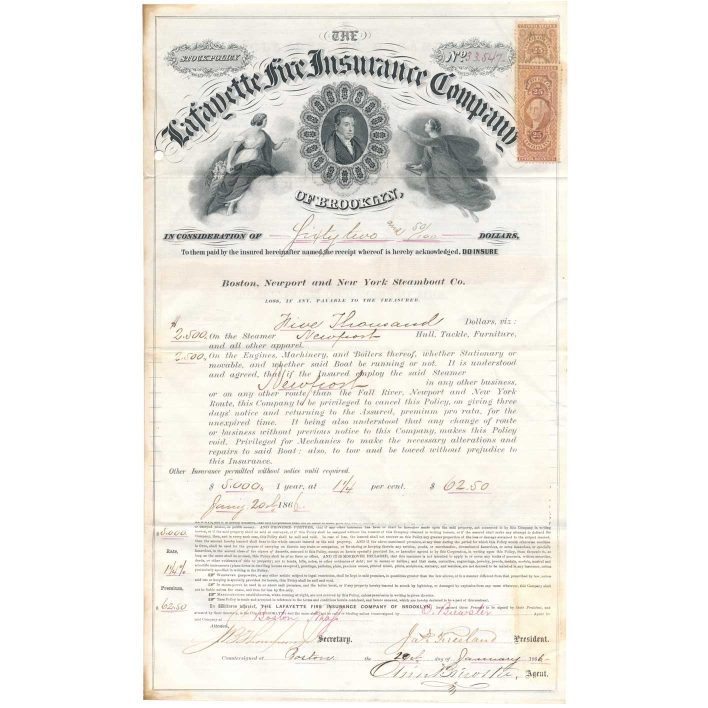 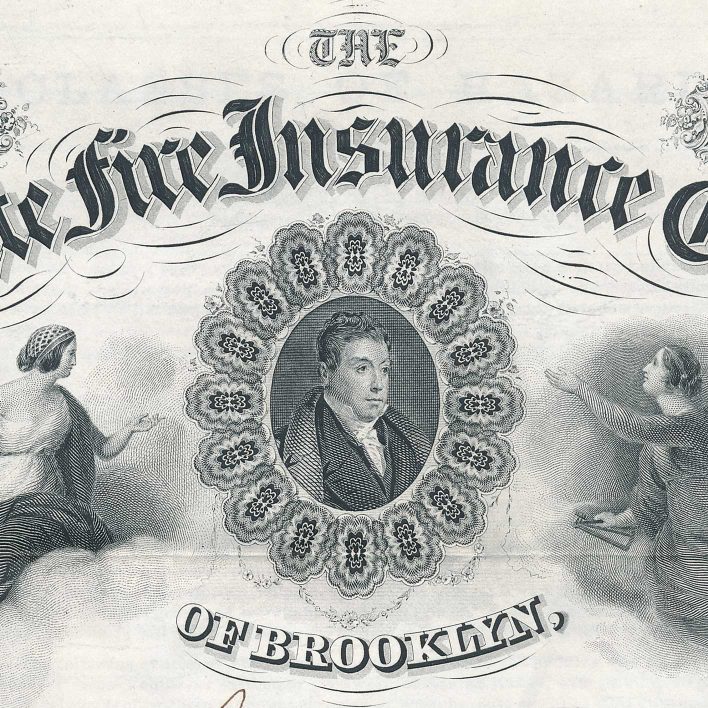 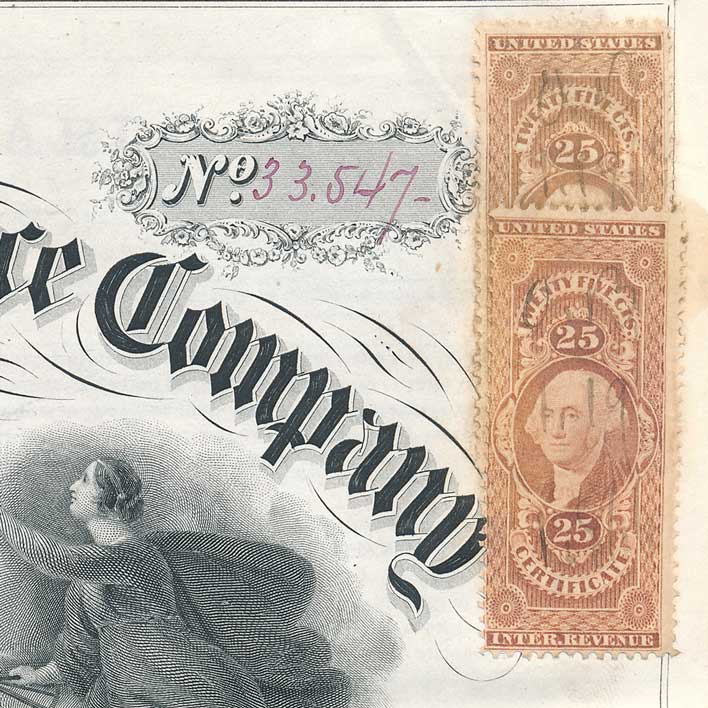 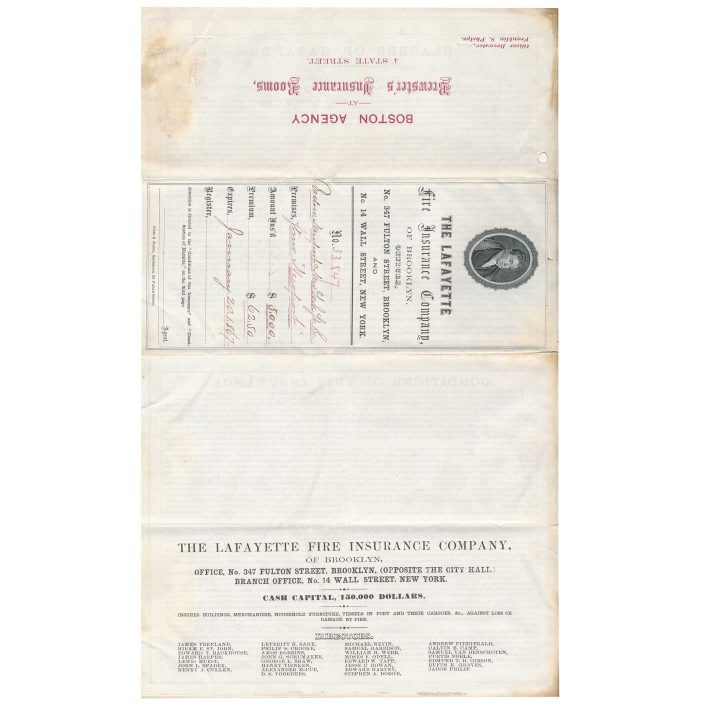 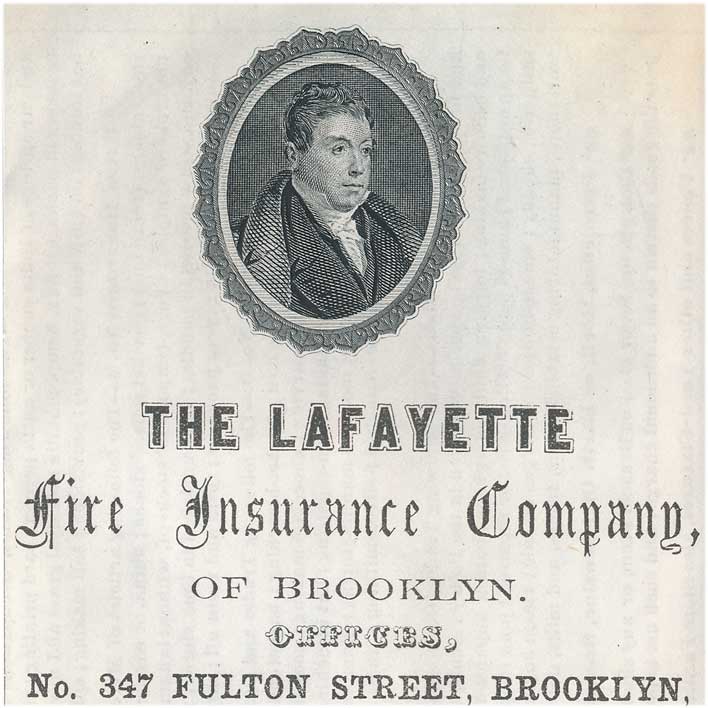 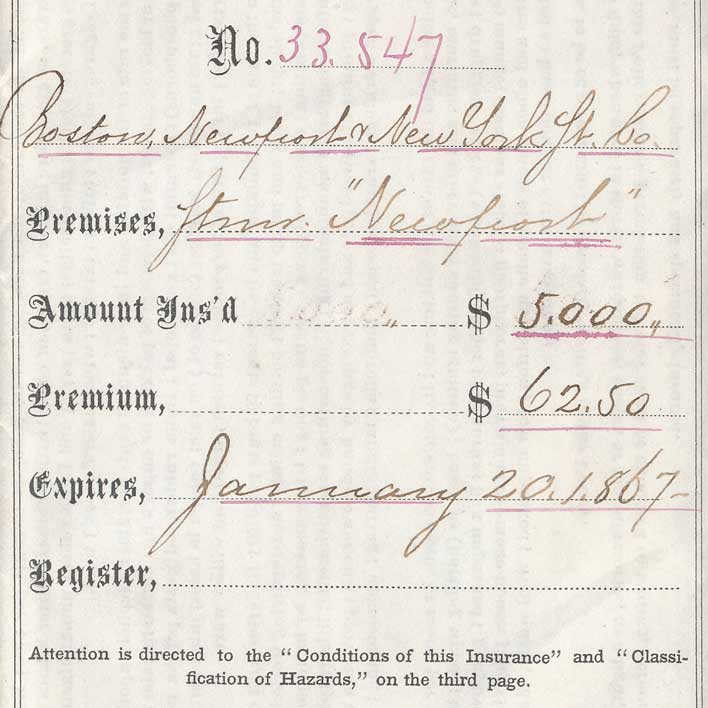 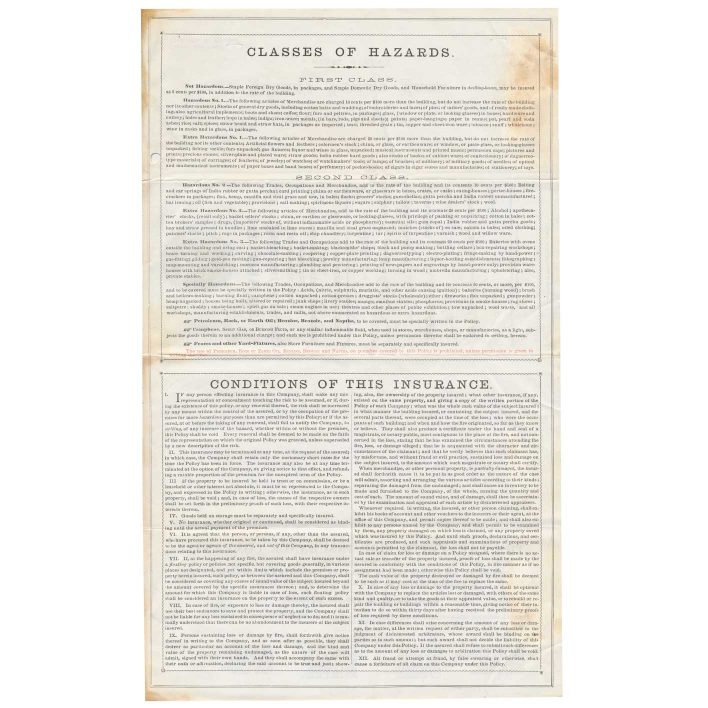 In 1863 the Bay State Steamboat company was reorganized as the Boston, Newport and New York Steamboat Company, at Newport, Rhode Island with a capital stock of $650,000.  They soon started to build a new fleet for the line. their first ship was the “Fall River” of 600 tons. She proved a failure and was broken up in 1880. In 1865 the “Newport” was added to the line with expectation of high speed on account of her light weight and narrow guards. This policy provided $2500 protection for her “Hull, Tackle, Furniture, and all other apparel” and $2500 for her “Engines, Machinery, and Boilers thereof, whether Stationary or moveable, and whether said Boat be running or not.”