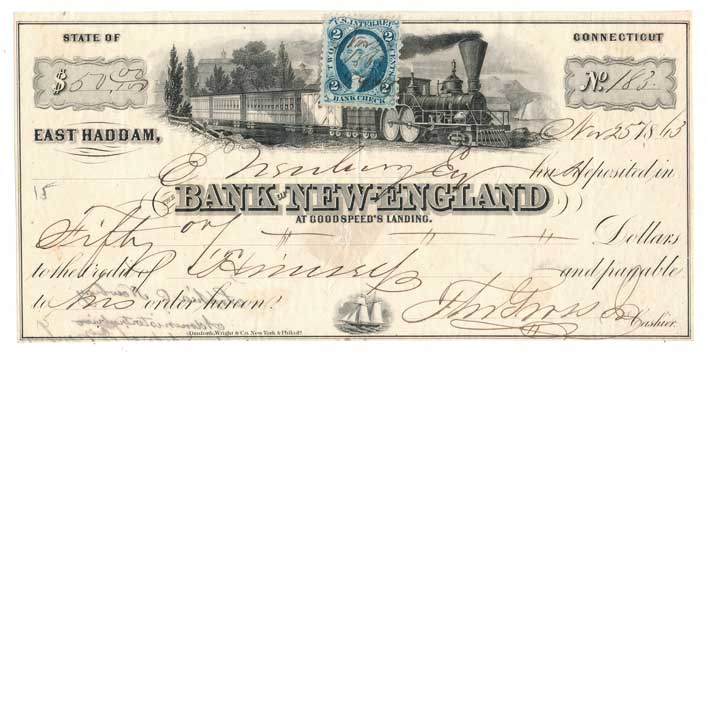 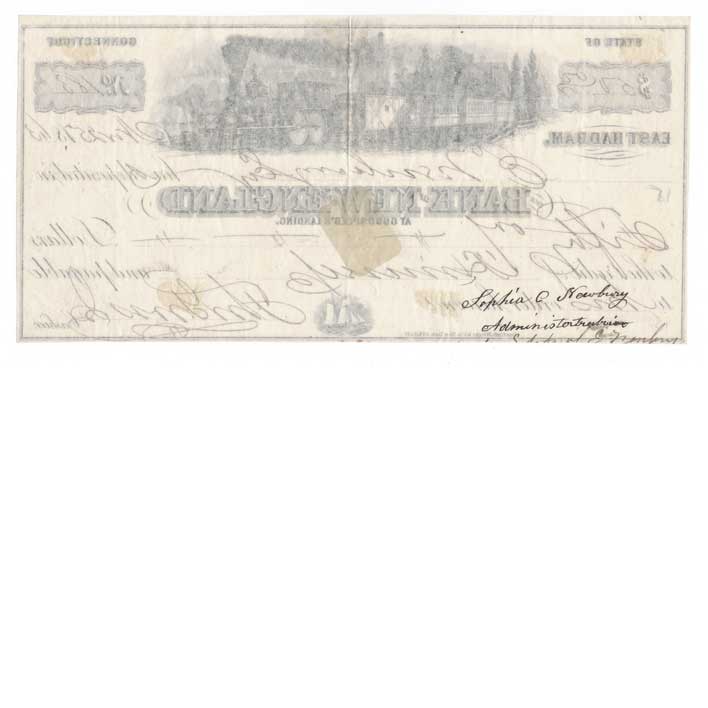 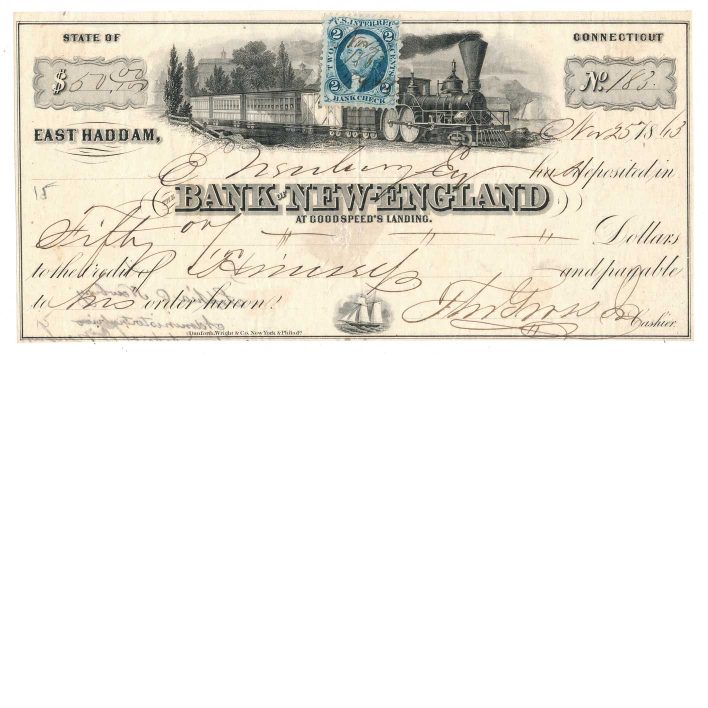 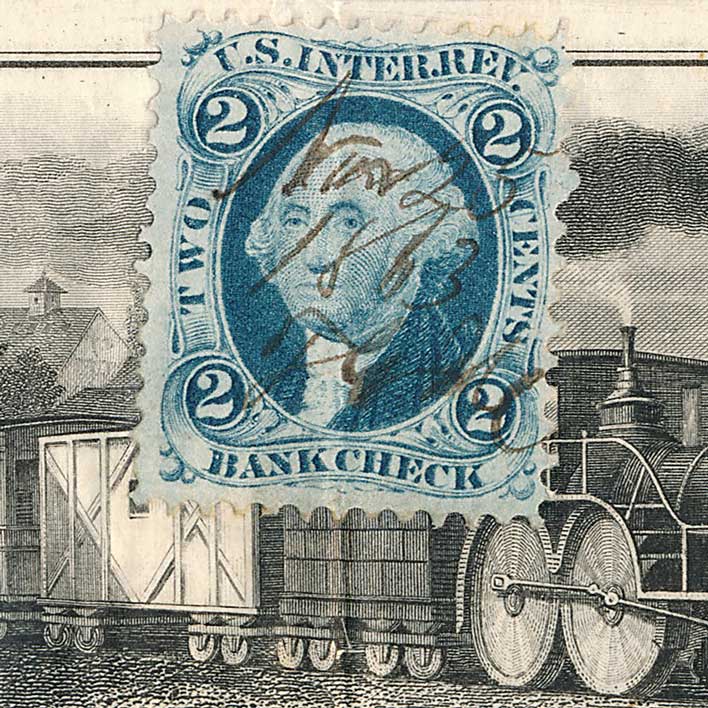 Beautiful Bank of New-England at Goodspeed’s Landing Certificate of Deposit with beautiful locomotive vignette, printed by Danforth, Wright & Co. New York. Certificates of Deposit tend to be premium items, pursued for their attractive graphics and their status as negotiable financial instruments.

Assessing his prospects in East Haddam, William Henry Goodspeed once prophesied, “I’m gonna own this town someday!” You might say he achieved his goal. The East Haddam native was industrious, motivated and successful, but he is most remembered for building the Goodspeed Opera House.

He was born Dec. 29, 1814. His grandfather, Nathan Goodspeed, established the family in town when he purchased a landing on the Connecticut River with other investors that became known as Goodspeed’s Landing. William’s father, Joseph Goodspeed, was a prominent businessman in town, and William inherited his father’s work ethic.

In 1845, William Goodspeed bought his first steamboat and established the Goodspeed Shipyard. In 1854, he became a partner in the Hartford and New York Steamboat Co. In 1859, he helped publish the East Haddam Journal, a newspaper that lasted only two years. In 1865, he was president of the Bank of New England.