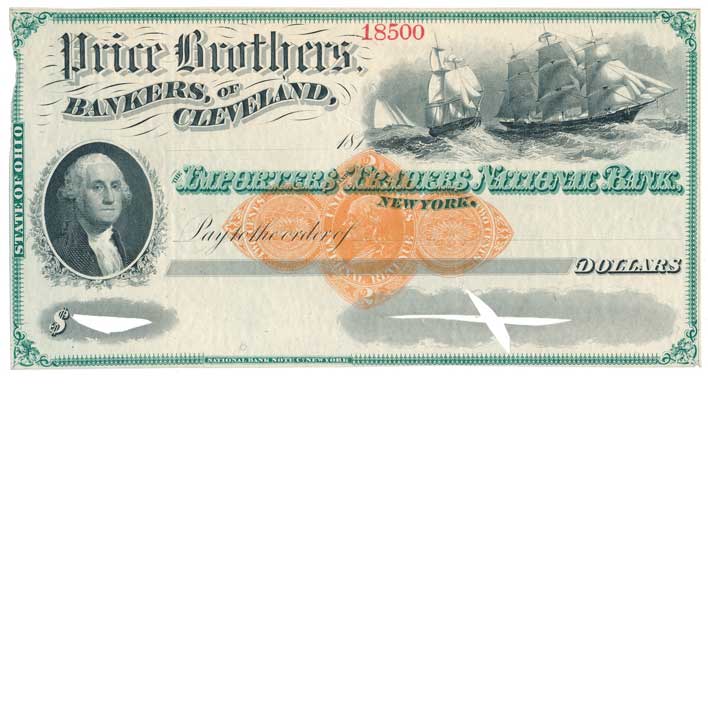 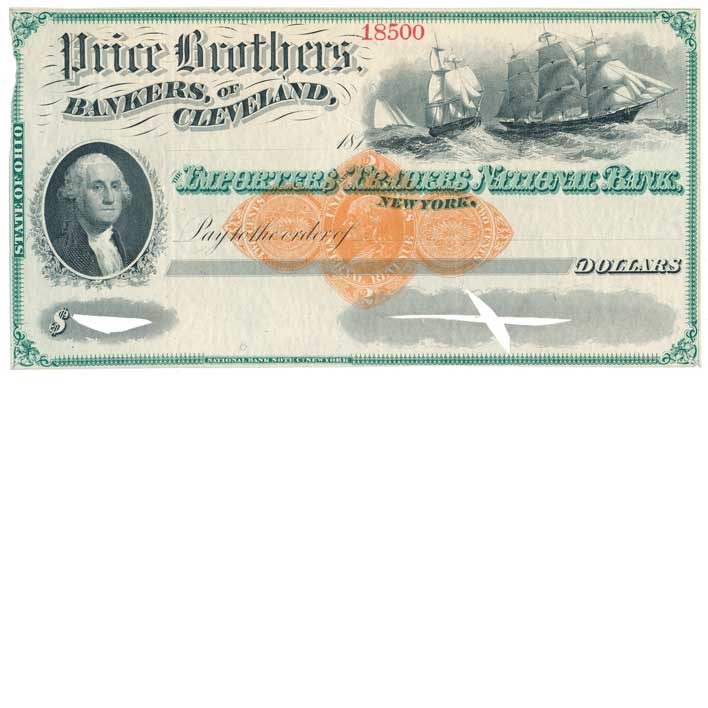 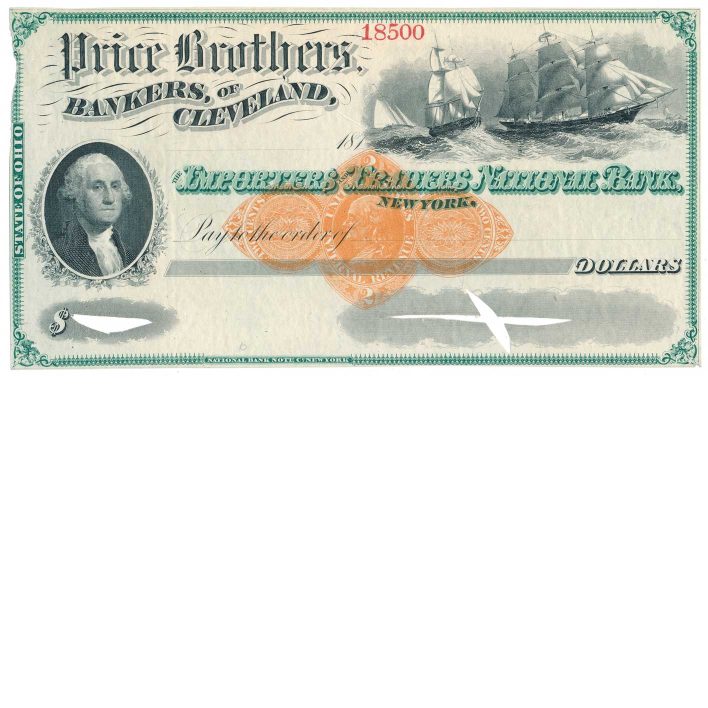 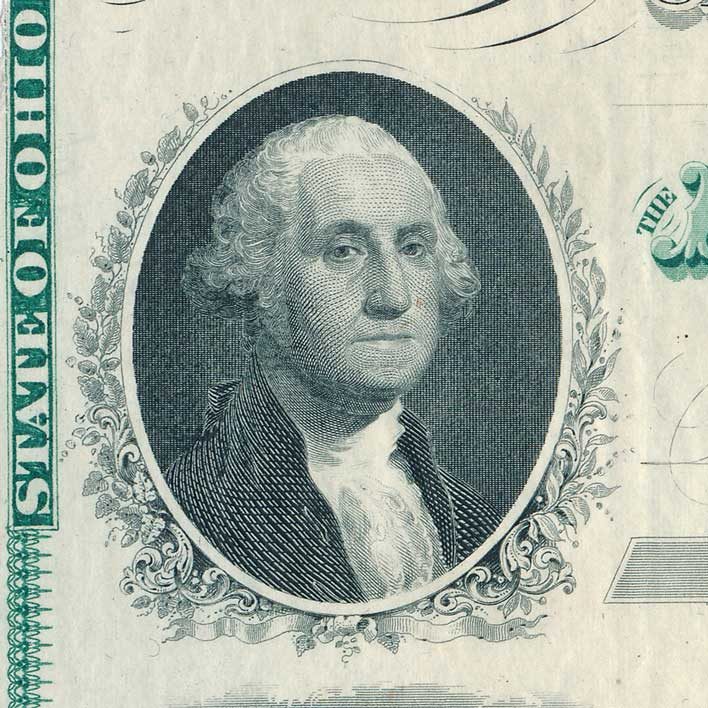 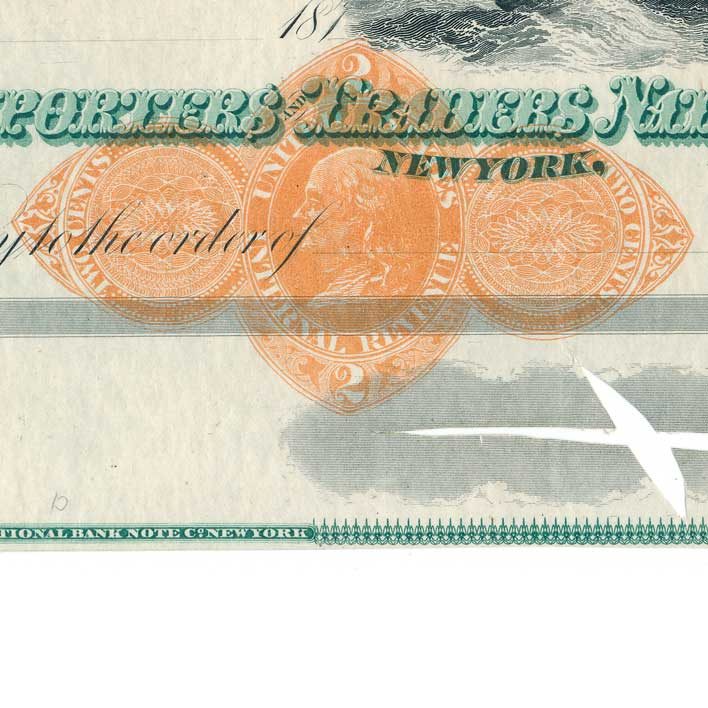 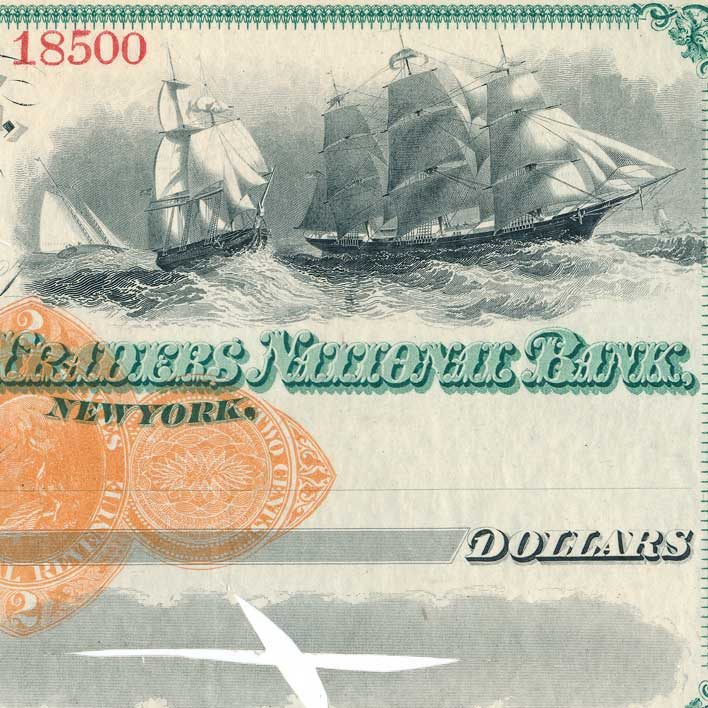 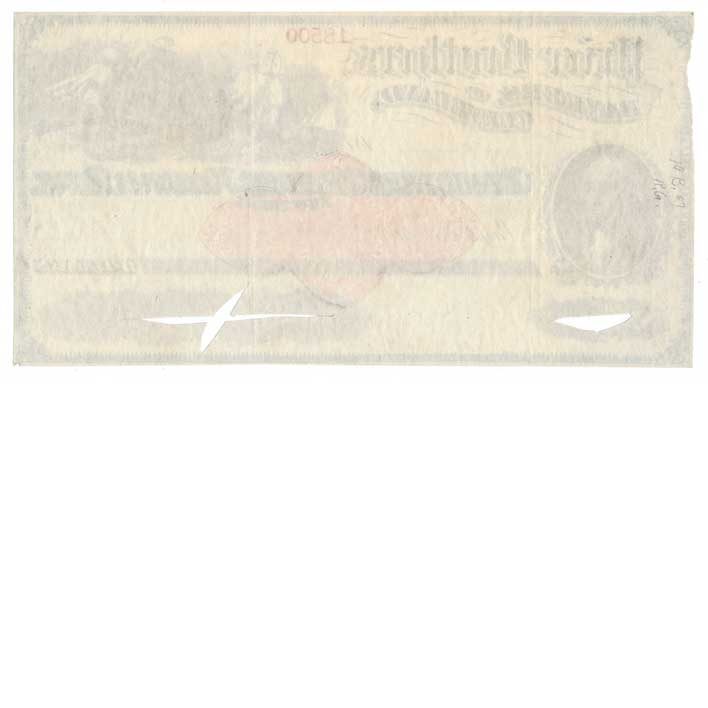 Very little is known about Price Brothers Bankers of Cleveland. Research indicates they were located at 145 Superior St, Cleveland, were formed in late 1869, and they failed in early March 1873 because of a decline in stocks in which they were dealing and the withdrawal of deposits from their bank. The Panic of 1873 was a financial crisis that triggered an economic depression in Europe and North America that lasted from 1873 until 1877, and even longer in France and Britain.