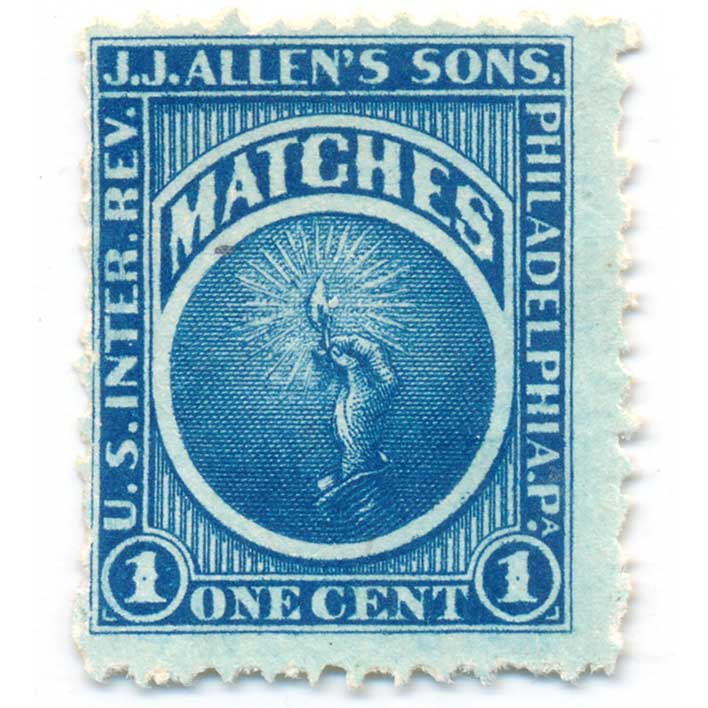 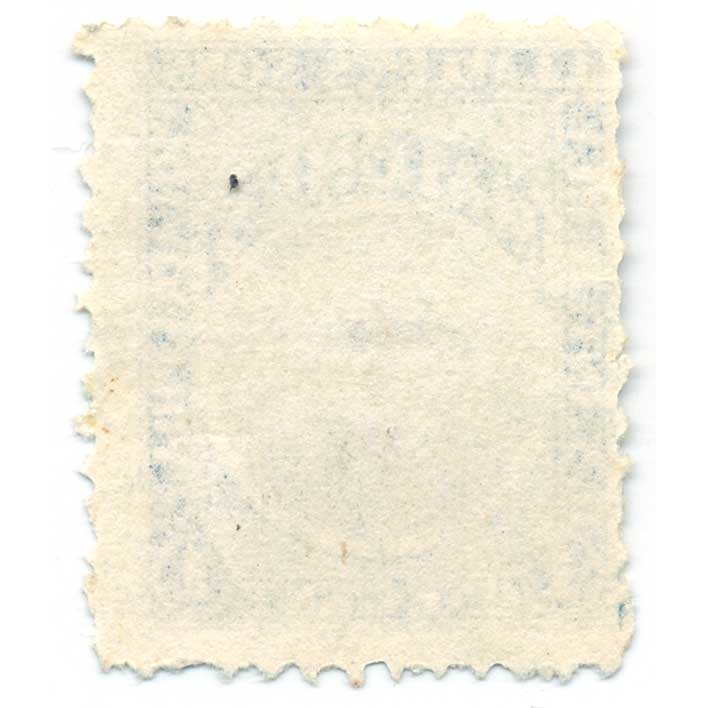 Phosphorus matches were first introduced on a commercial scale in 1833, and the first US patent for friction matches was issued in 1836. The “safety” match was invented in 1855. J. J. Allen’s Sons supplied phosphorus using the electrolytic process developed in England, to the Diamond Match Co.  J. J. Allen's Sons of Philadelphia consisted of William N. and N. Pen­rose Allen, whose line of business was fertilizer, located on the water front in Philadelphia at S. Delaware Avenue. The directories of the period do not list any business in connection with them other than fertilizers, except for year 1883 when their business is listed as fertilizers and matches. J. J. Allen’s Sons manufactured no matches themselves, but served as agents for matches produced by the Trenton Match Co. The stamps for J.J. Allen's Sons Matches were issued between April 29, 1882 and March 7, 1883. Evidently there were few printings as the entire issue was only 13,000 sheets and there is little variation in shade. This is one of the most difficult to obtain in prime condition, off copies being the rule. Multiple use of this stamp has not been noted and pairs are difficult to find.