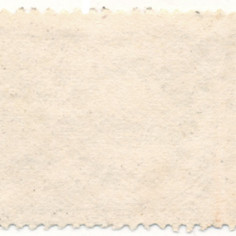 John Isaac Brown opened an apothecary shop in Boston in the early 1840s, and after being joined by two sons, marketed a proprietary in 1850 which they called Brown’s Bronchial Troches. In 1857 they re­ceived a trademark for the nostrum which consisted of extract of powdered licorice cubes, extract of conium, gum acacia, sugar and oil of pepper­mint. In 1865 John I. Brown and Son formed a partnership with Jeremiah Curtis and Son of New York City to jointly market their respective products. The firm was known as Curtis and Brown and after 1877 was known as Curtis and Brown Manufacturing company. In 1931, the Federal Food and Drug Administration ruled that the firm could no longer use the word “Bronchial” in the product name since it suggested that the Troches were good in all conditions of the bronchi. Brown’s Troches were acquired by the Block Drug Company in 1936. (Holcombe, Henry w., Weekly Philatelic Gossip, 25: 506, Sept. 18, 1937.)