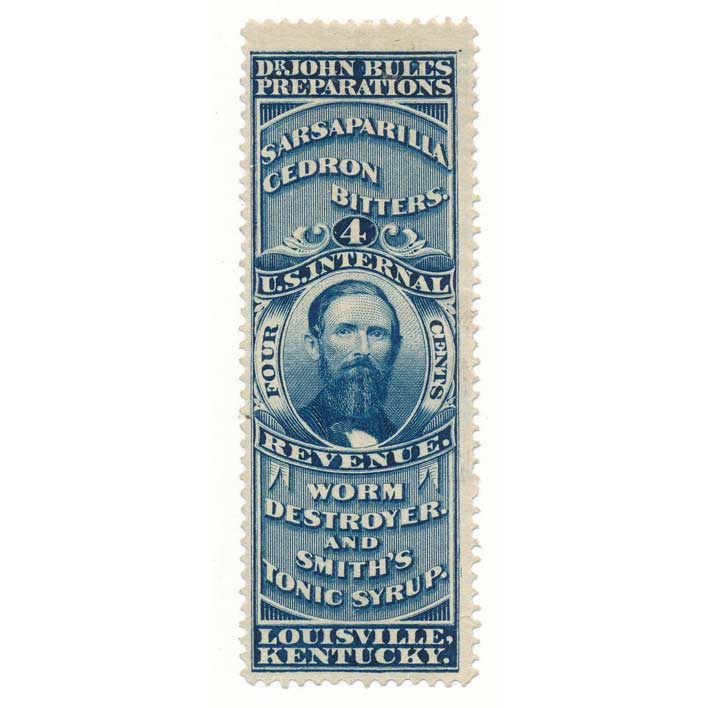 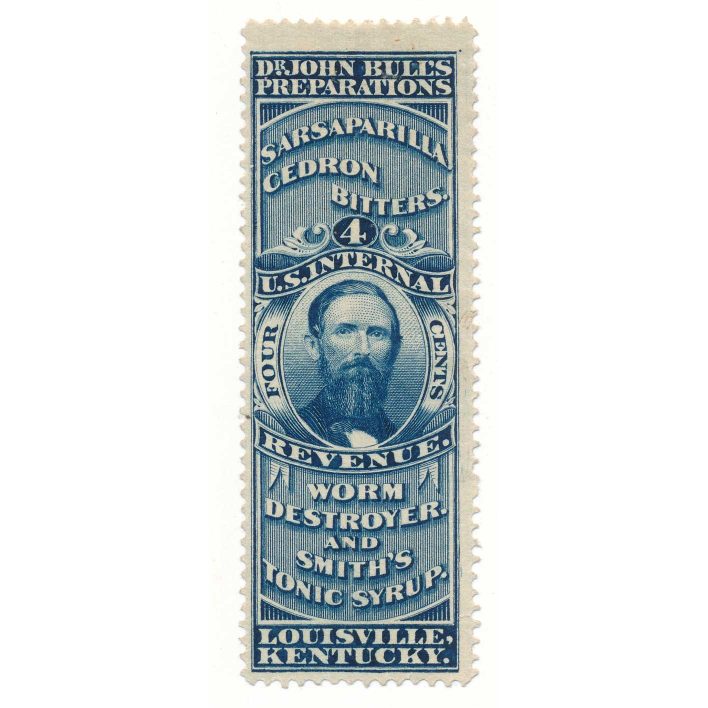 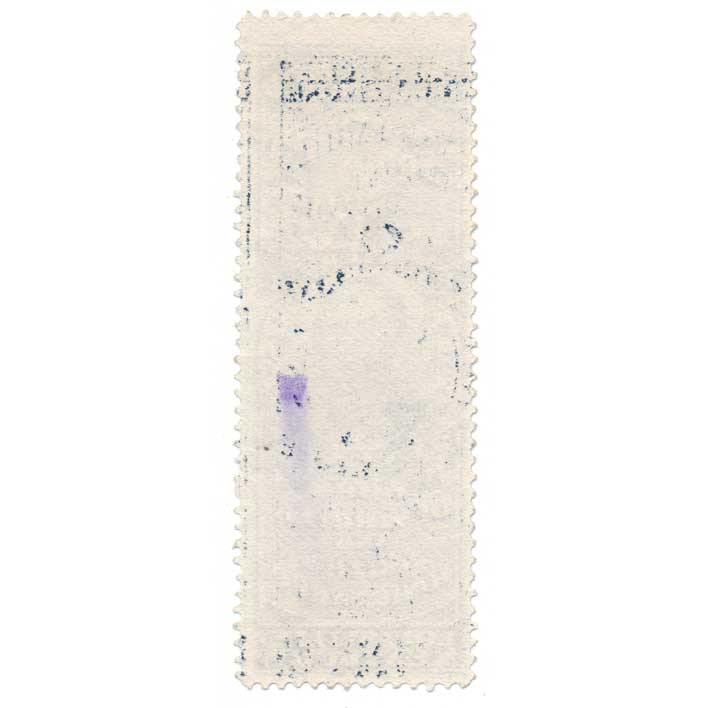 As early as 1843, John Bull, apothecary, was practicing in Louisville, Kentucky, and was affiliated with J. B. Wilder & Company, drug and patent medicine manufacturers. By 1865, John Bull was himself a patent medi­cine manufacturer with offices in Louisville producing Bull’s Sarsapar­illa, Cedron Bitters, Bull’s worm Destroyer and Smith’s Tonic Syrup. Smith’s Tonic Syrup contained quinine sulfate, podophyllum, cardamom, citrate of iron and syrup while Bull’s Cough Syrup contained 1/4 grain of morphine per oz. of syrup. John Bull died in 1881 and William Cromey continued the business as a executor of the estate at least until 1883. In 1890 Dr. Bull’s Cough Syrup was being manufactured by A. C. Meyer and Company of Baltimore, Maryland, and was still on the market – minus the morphine – in the early 20th century.