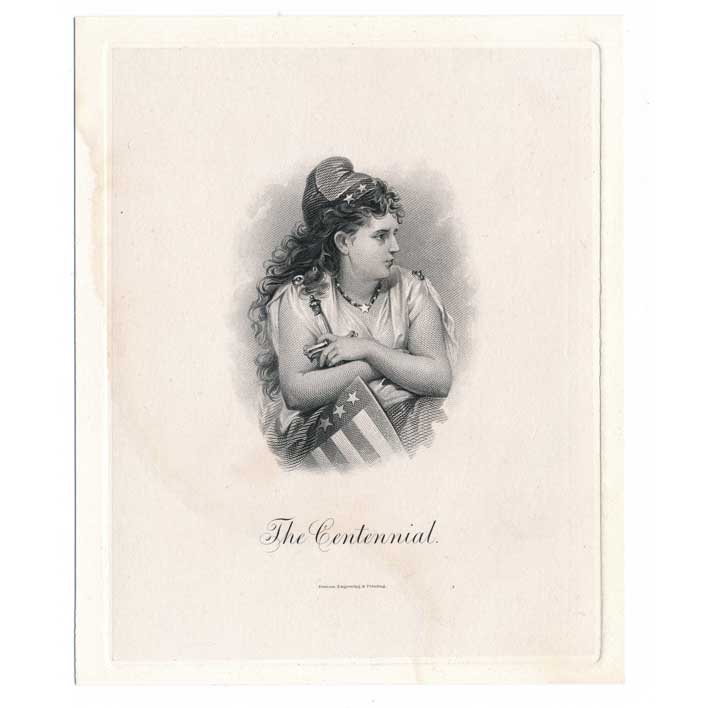 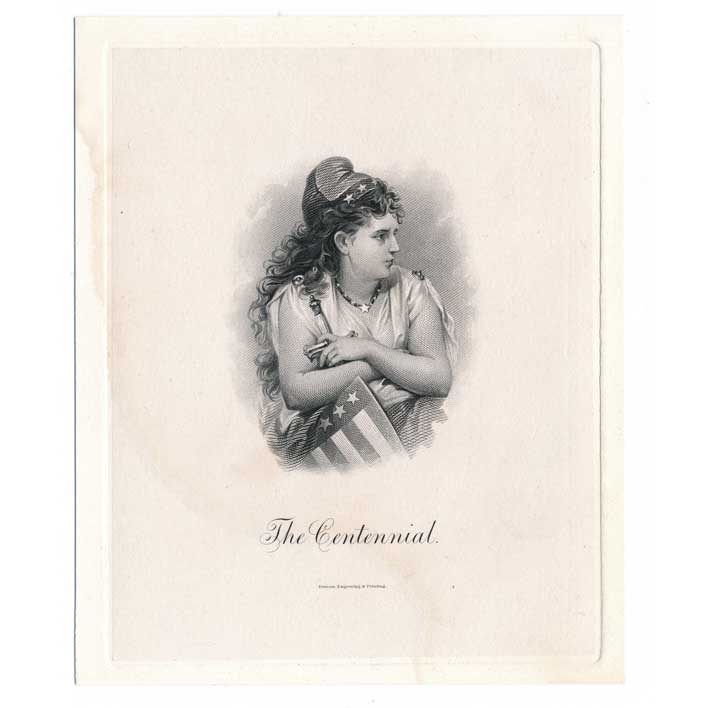 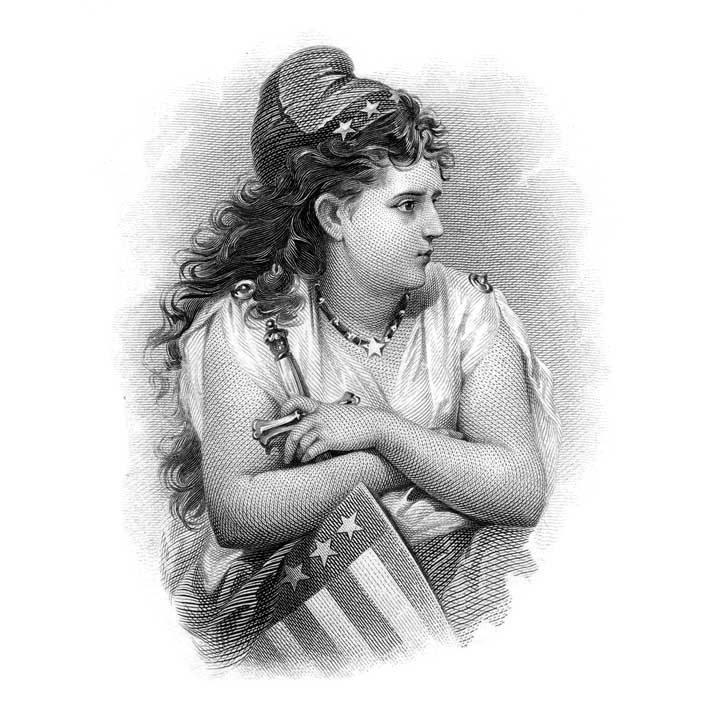 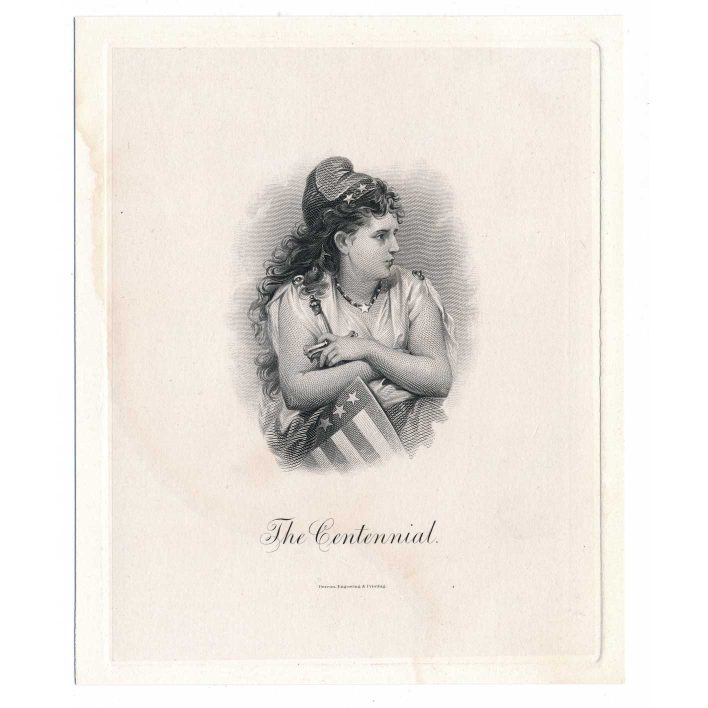 Die Proof Vignette on india sunk on card of Liberty by Charles Burt, titled “The Centennial” 1876. This portrait of Liberty was modeled after Josie Mansfield, an actress and showgirl and “courtesan” for San Francisco’s elite. For an interesting look at her sordid affairs see “Who’s That Girl?” G. F. C. Smillie altered this famous portrait for use on the 1891 $1000 Silver Certificate.

Charles Burt was born at Edinburgh on the eighth day of Nov. 1822. At twelve years of age he apprenticed with W. Home Lizars, principally engaged on plates for Sir Wm. Jardine’s Natural History. He shortly afterwards came to the United States, and was employed by A. L. Dick, who, in his words, had an establishment for engraving in the city of New York, and with whom he remained for about four years. Beginning in 1850 Charles Burt was engaged on Bank Note work, and was the principal die engraver for the U. S. government.

Note: this is an ORIGINAL nineteenth century die-sunk proof; not a reproduction or contemporary print. Your satisfaction is guaranteed.