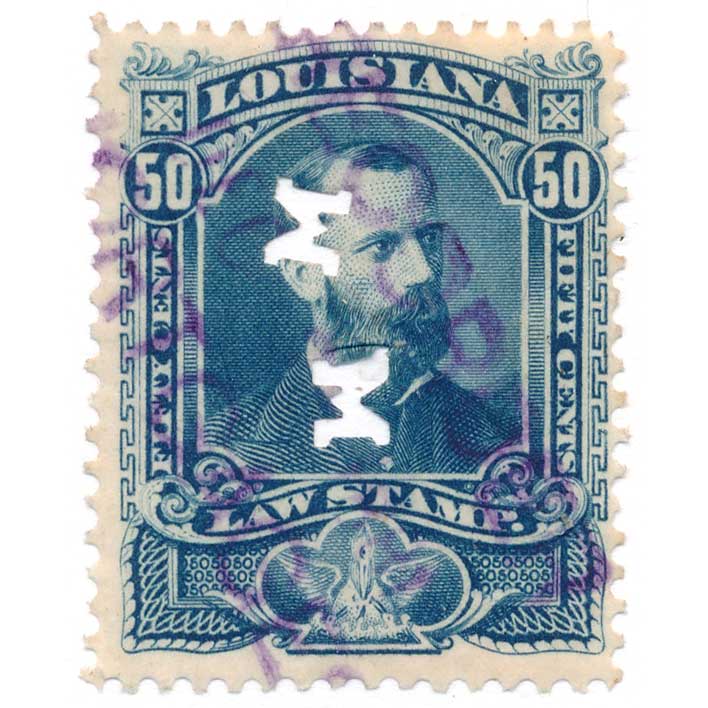 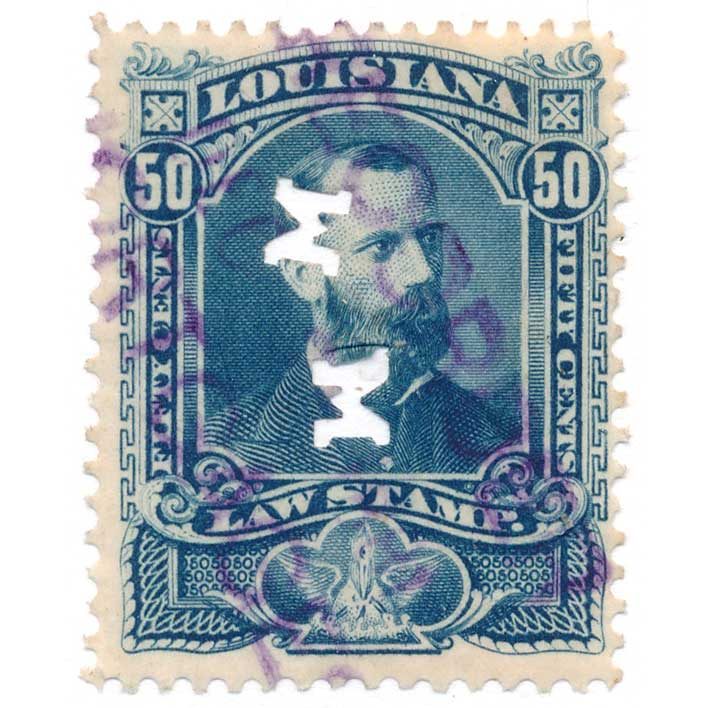 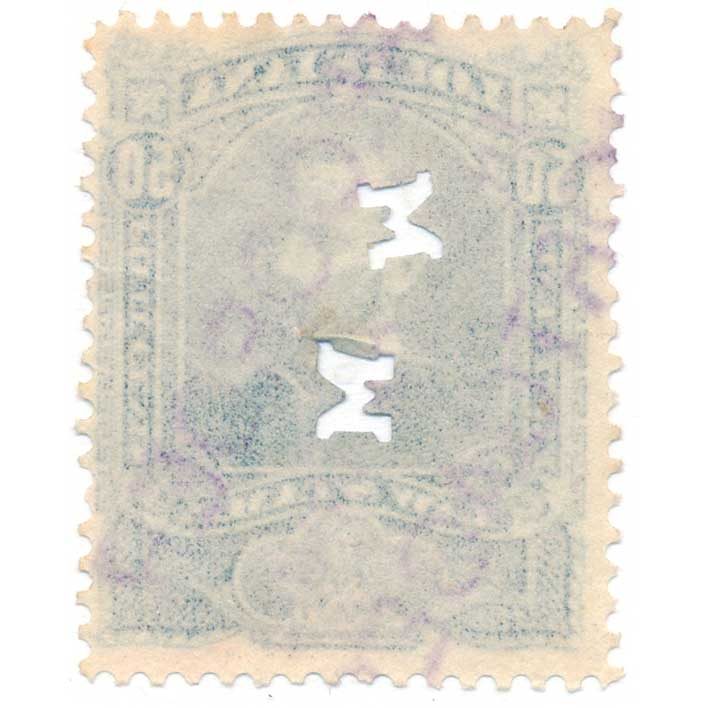 Act 136 of 1880 provided for a fixed schedule of about one hundred specific fees for various services performed in Orleans Parish by the clerks of civil and criminal district courts, the civil and criminal sheriffs, the clerks and constables of the city courts, and the register of conveyances and recorder of mortgages. It also set up the use of a system of stamps to be used for the collection of these fees. The stamps were used exclusively in Orleans Parish; so Louisiana law stamps is a curious name for stamp collectors to use. They are different from revenue stamps in other states as they were not used to pay taxes. The stamps were affixed to documents filed in the various offices to show the proper fees had been paid.

The American Bank Note Company was awarded the contract as lowest bidder for furnishing the stamps. Seven denominations were issued: 5 cents, 10 cents, 35 cents, 50 cents, one dollar, two dollars and fifty cents, and five dollars. The image of Chief Justice Bermudez appeared on the dollar value stamp.

A problem for stamp collectors is that clerks were required to affix the stamps so that they would permanently adhere to the document and to cancel the stamps with an indelible ink. Some punched holes in the stamp before permanently affixing them. Mr. LeBlanc pointed out that an important reason the stamps are so rare is that in 1898 Senate Concurrent Resolution No. 9 was passed requiring the destruction of all the remaining $239,657.45 worth of Judicial Stamps in the hands of the State Auditor and State Treasurer.