When The United States of America was a young country, the national government received most of its revenue from custom duties and property taxes. In 1862 the Treasury Department at the request of President Abraham Lincoln, planned a series of stamp (excise) taxes to help support the extraordinary cost of the Civil War. On July first of that year Congress passed the “Revenue Act of 1862″, authorizing the US government to collect taxes on:

With an average face value of about 1.25 cents, nearly $65 million was raised.

“Match and Medicine” refers collectively to private stamps issued for the tax on:

on up to 5 different types of paper.

Most were engraved to the high standards of postage stamps and bank notes.

In 1882 the Revenue Act was repealed. However, having become attached to their individual revenue stamps because they were an excellent form of advertising, these manufacturers were reluctant to eliminate them. As a result facsimile labels resembling the original private-die stamps were created and used. The major difference in most cases was the elimination of the inscription “U.S. Internal Revenue”.

What makes so many of the M&M stamps rare? 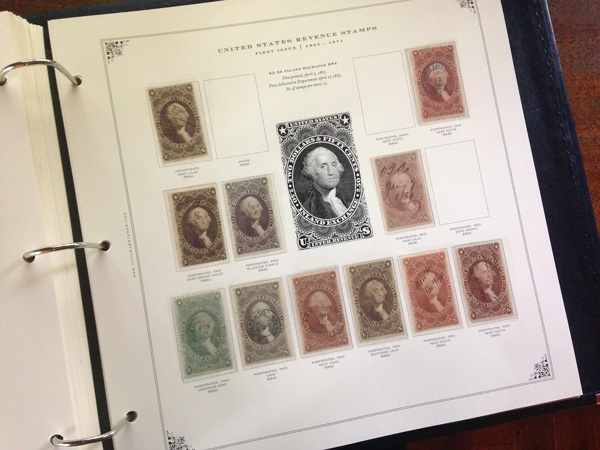 END_OF_DOCUMENT_TOKEN_TO_BE_REPLACED

Just in time for Christmas...and plans for the New Year.

I just wanted to take the time to wish everybody Happy Holidays and to spill the beans about some upcoming additions to the site. I’ve been pretty busy in the last couple of weeks adding items to the store. Please take a look — there may be some you’ve been looking for. One of my...