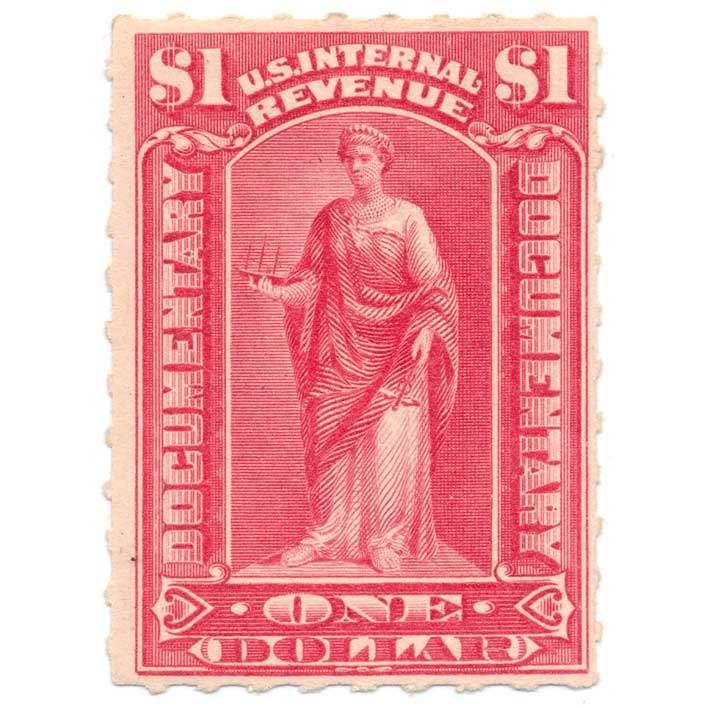 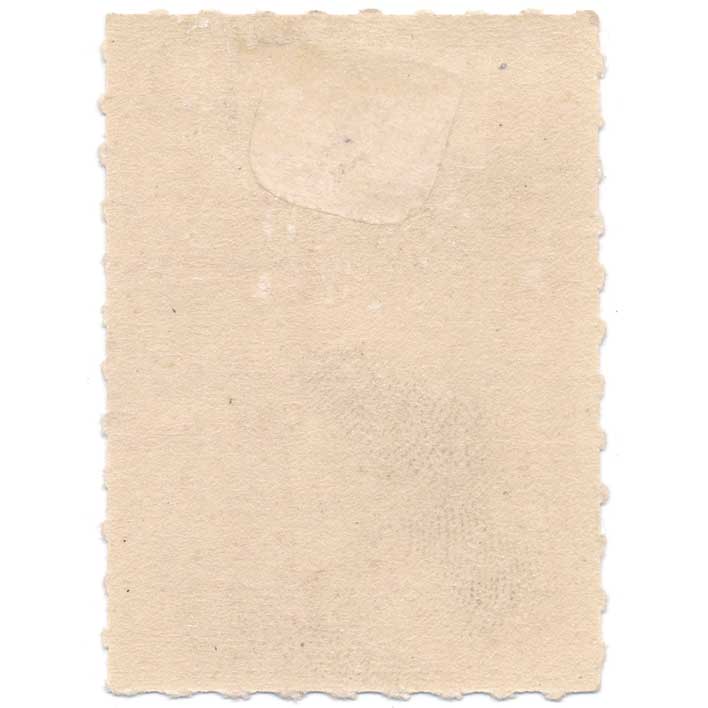 Issues of 1898
In the continuation of providing funding for the Spanish–American War Congress authorized a tax on a wide range of goods and services including various alcohol and tobacco products, tea and other amusements and also on various legal and business transactions (such as Stock certificates, bills of lading, manifests, and marine insurance). To pay these tax duties revenue tax stamps were purchased and affixed to the taxable item or respective certificate. There are seventeen stamps in this issue which occur in denominations ranging from ½-cent to 50-dollars which were printed on double lined watermarked paper. Two types of perforations were used: Rouletted perforations and ‘hyphen’ shaped perforations. Numerous double transfers occur (doubled image) in this issue. Issues occur with denominations from 1-dollar to 50-dollars depicting a standing allegorical figure of Commerce. Design is modification of one used in Newspapers periodicals of 1875 and 1895. A second printing was issued in 1900 with a large numeral 1 overprint, occurring in two types – solid numeral and ornate numeral.