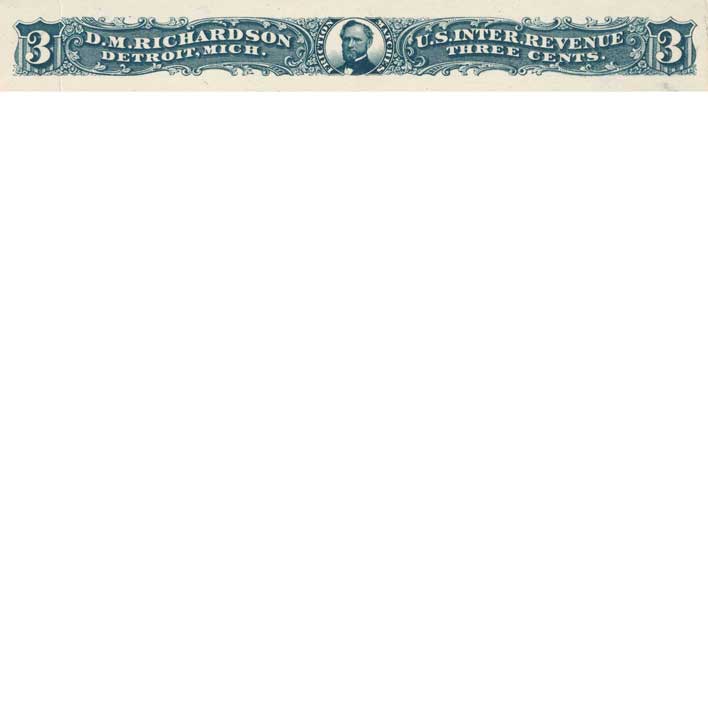 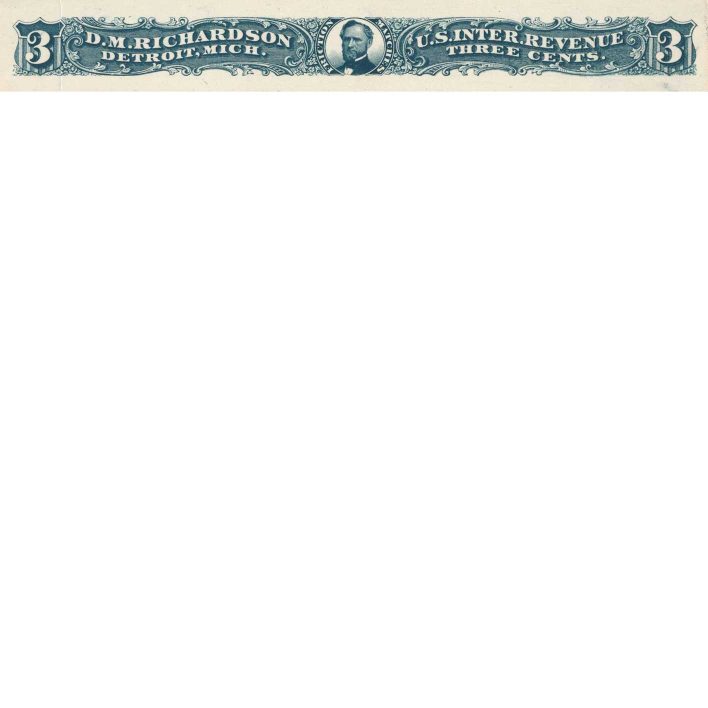 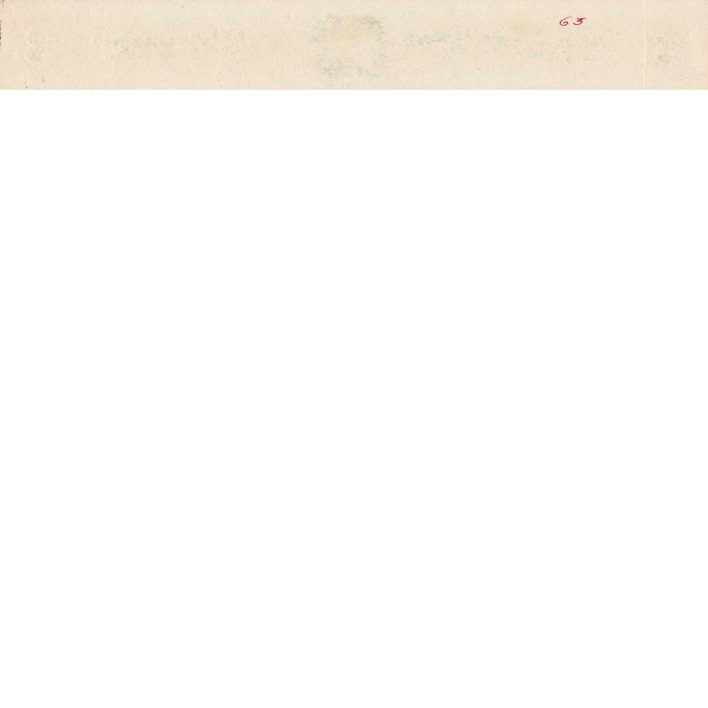 Essay/Proof by Butler & Carpenter. Fifty copies (numbered in red on back) were printed in 5 colors. An additional 250 copies were printed in blue, with numbering done in dark red. Die on card.

The D.M. Richardson Match Company of Detroit was started in about 1856. The company was one of the first to issue a proprietary die stamp, (RO154). The firm changed its name to the Richardson Match Company in 1875 and modified their die. Mr. Richardson at one time contemplated the use of a long, narrow three cent stamp of a design somewhat similar to those used by The American Match Co., of Cleveland, Ohio, and several other concerns. The order for this stamp was given and the Die was engraved but, though it is possible that the plate was made, no stamps other than proofs, were ever printed in this design. The following, copied from Mr. Carpenter’s journal, is a concise history of the stamp. “1870 July 27, Engraving To D. M. Richardson. For profit & loss on latter’s order; he having withdrawn order & compromised for $175. on the die. Should he ever use the plate he is to pay $175.00 for it.”

An Historical Reference List of the Revenue Stamps of the United Stamps: Including the Private Die Proprietary Stamps