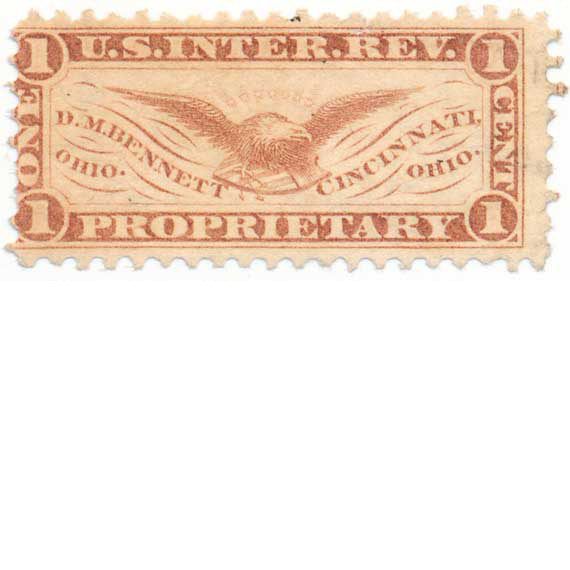 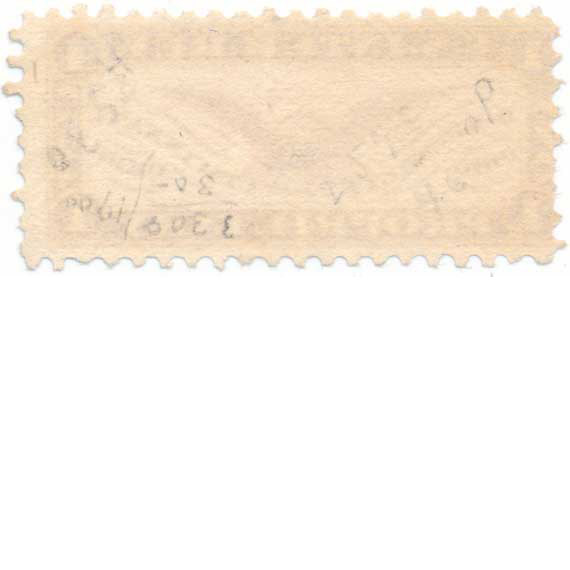 D.M. Bennett, druggist of Cincinnati in 1861, commenced the manufac­ture of proprietary medicines about 1864 but little is known of the products that he sold except that he used the regular revenue stamp in 1865 and ordered private die proprietary stamps which were printed from 1865 to 1871. However Bennett is not even listed in the Cincinnati Directory after 1865 as a druggist or as a manufacturer of proprietary medicines, so it would appear that Bennett moved to another city where he continued the sale of his proprietaries at least until 1871. (Holcombe, Henry W., Weekly Philatelic Gossip, 31: 594, Feb. 8, 1941)