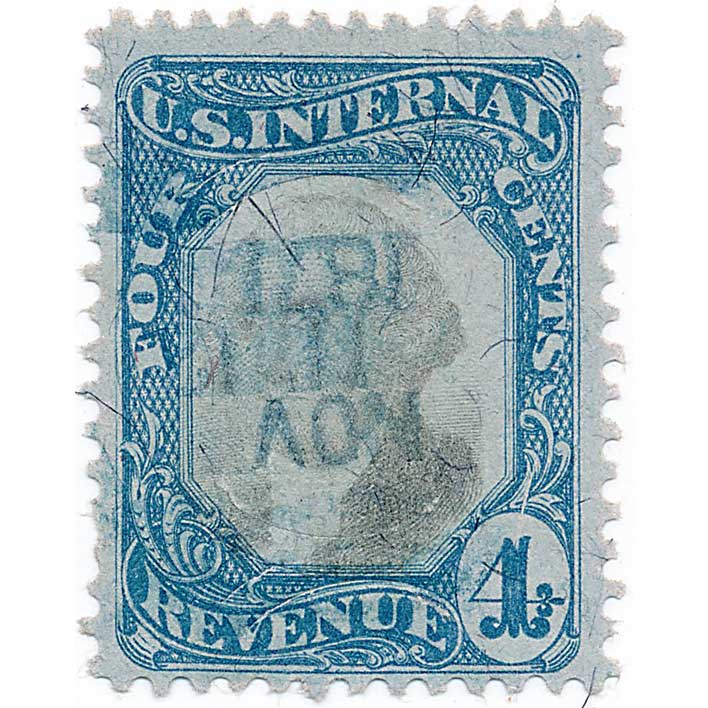 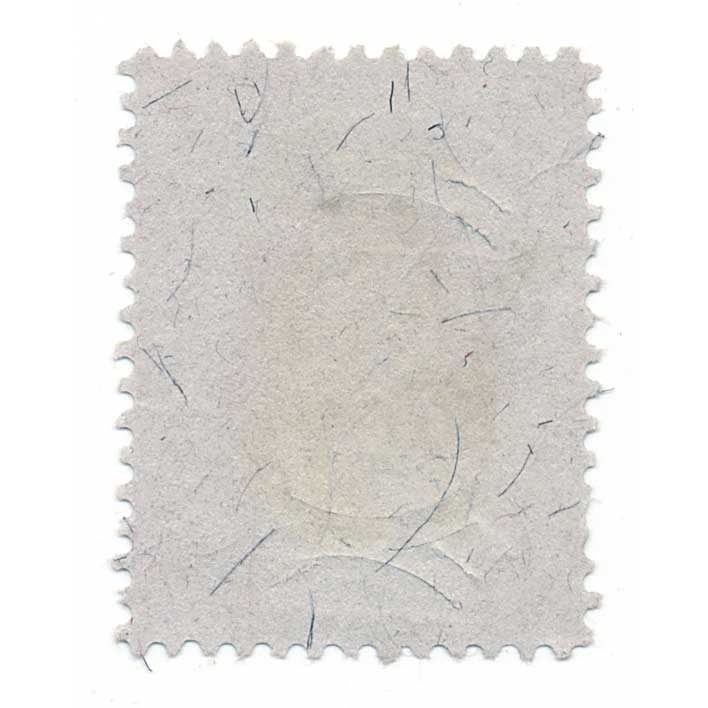 The primary object aimed at when the second issue was decided upon by the Government was to prevent the washing and consequent re-use of the stamps. The processes employed to encompass this end was two in number: first, the printing of the stamps in two or more colors, one or more of which were fugitive, or soluble, in any chemical, whether acid or alkaline, which would remove the cancellation; and second, the use of a specially prepared paper which would, equally with the soluble ink, be affected by any such chemical. Thus, the second issue series, except for the $200 and $500 denominations, were printed with a blue frame surrounding the portrait of George Washington in a fugitive grey ink, on a new patented Willcox Chameleon Paper.