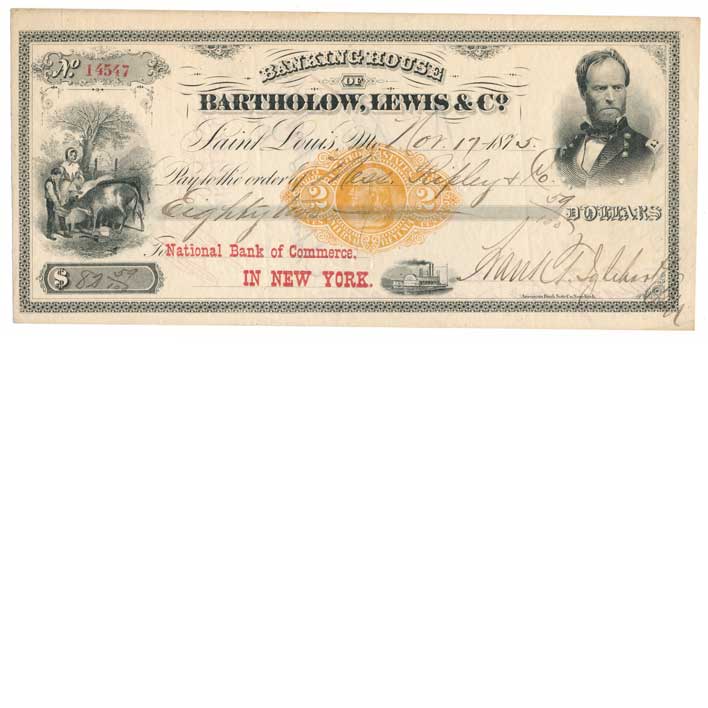 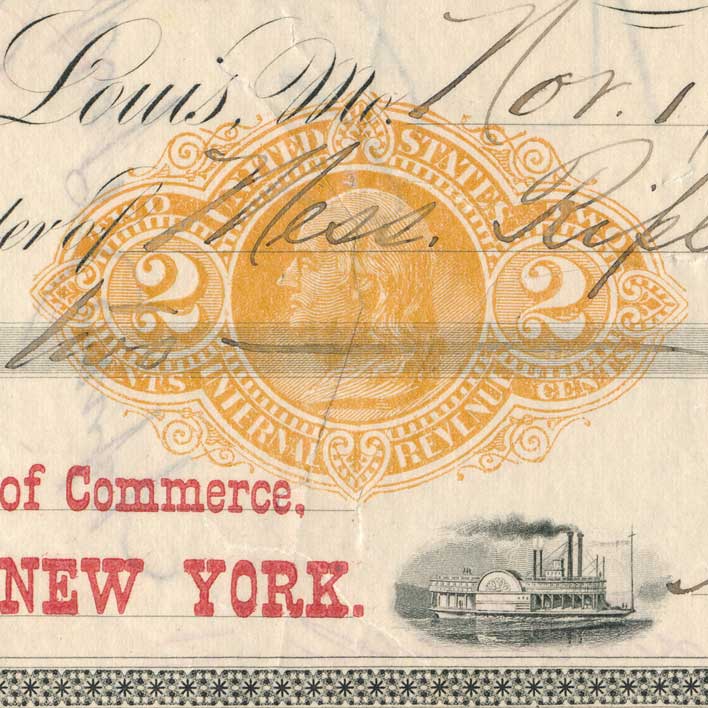 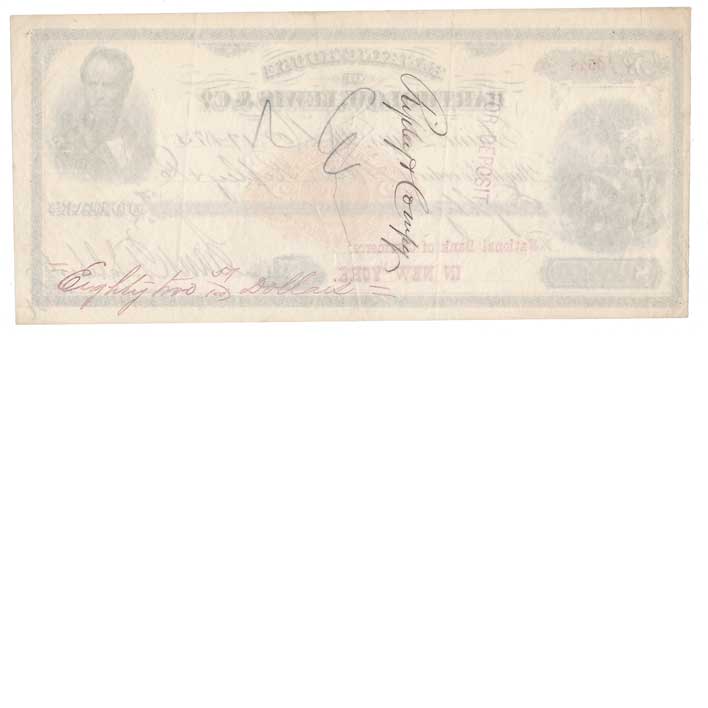 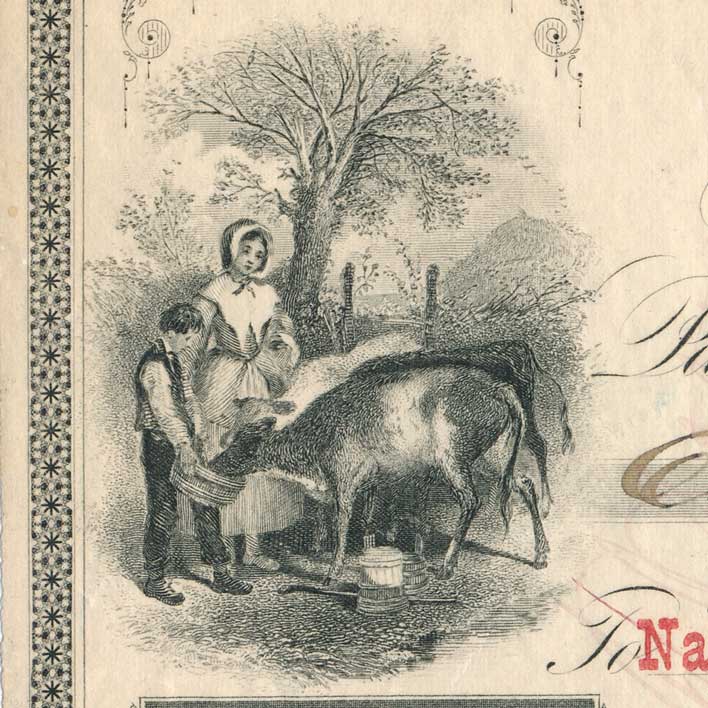 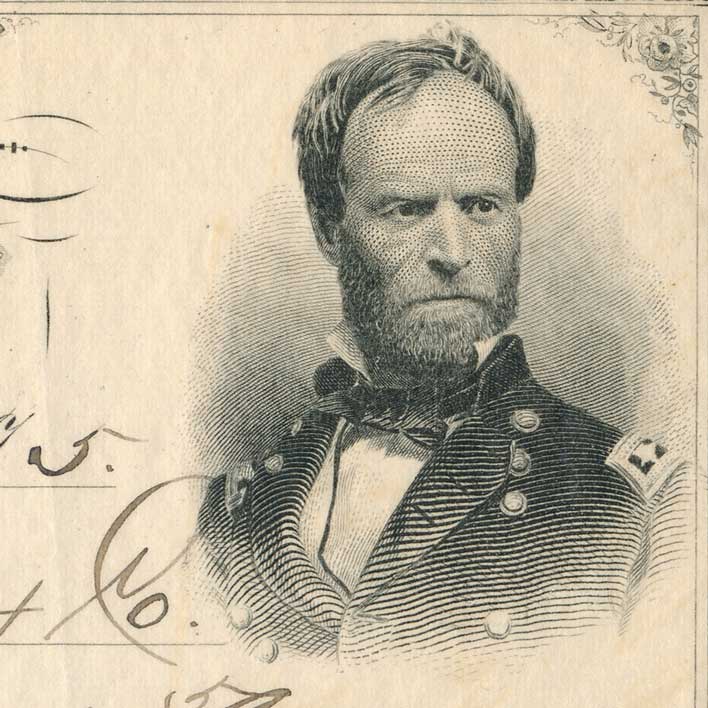 Soon after the Civil War, John D. Perry, Thomas J. Bartholow and William J. Lewis formed the banking house of Bartholow, Lewis & Co. Through the influence of Mr. Perry, General Bartholow came to Missouri some years before the war. At the breaking out of hostilities General Bartholow joined the Union army and served with distinction, rising to the rank of brigadier-general. He took active charge of the banking firm. Mr. Lewis, in 1866, had, participated in the formation of the Commercial bank. He became the second president of it serving ten years and refusing salary. Bartholow, Lewis & Co. was a partnership in the beginning. In 1872 the firm was incorporated. General Bartholow was president until 1878.