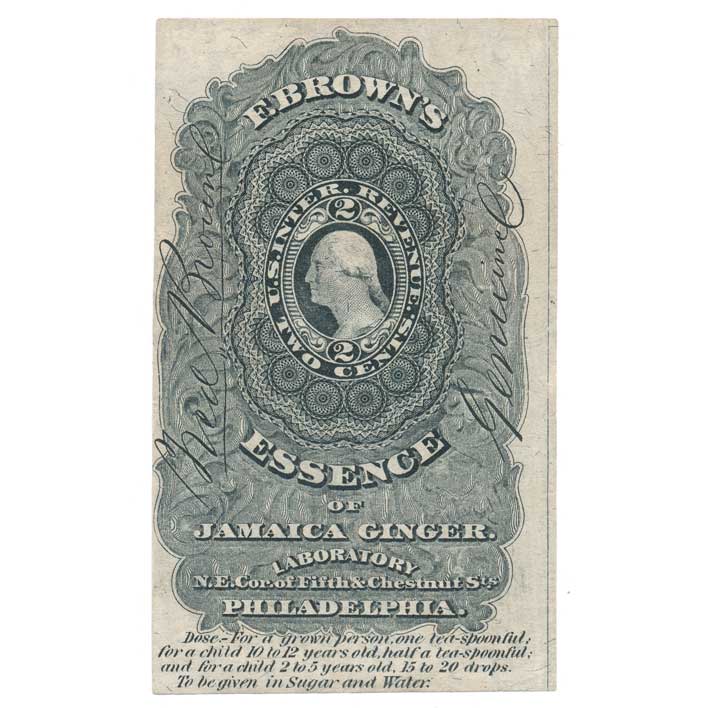 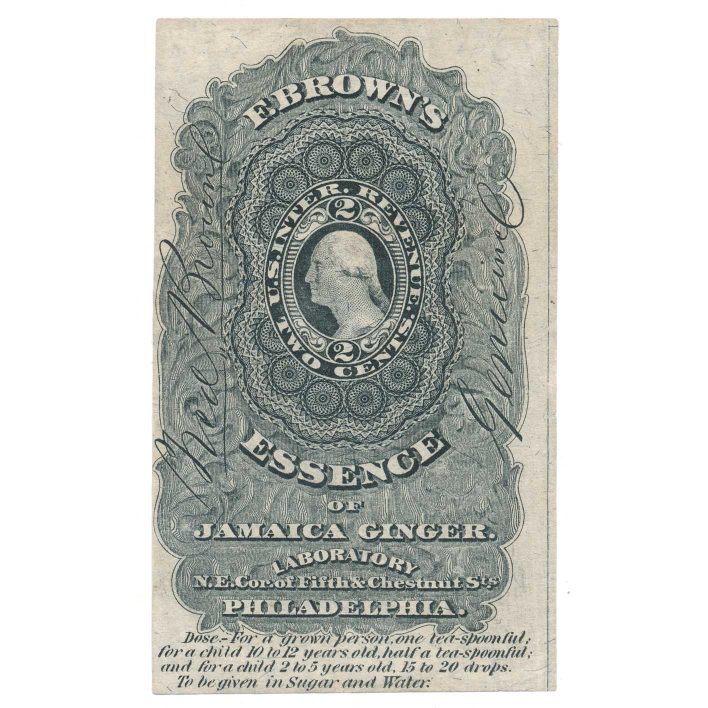 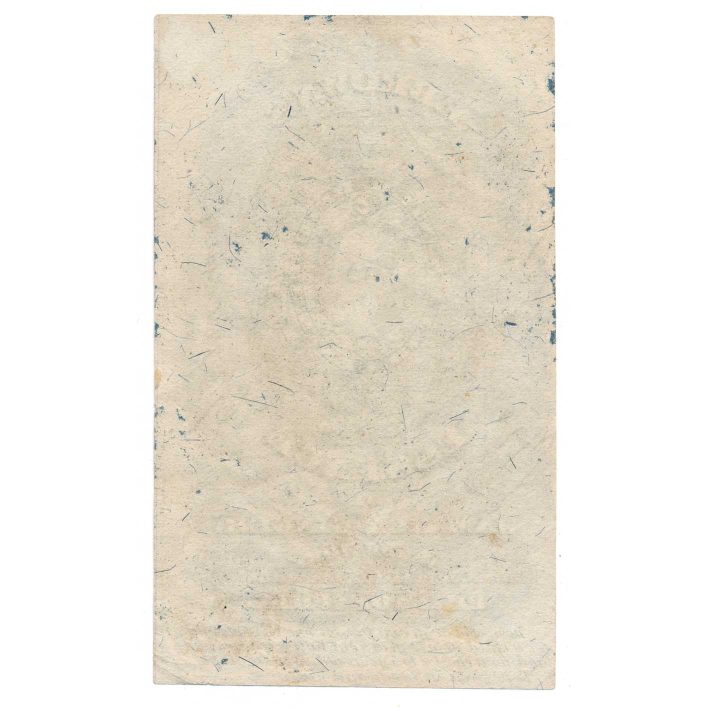 Frederick Brown (1796-1864) opened an apothecary shop at the corner of 5th and Chestnut, Philadelphia in 1822, and soon thereafter began manu­facturing Brown’s Essence of Ginger (which contained ginger, calamus, snakeroot, cinnamon, mace, cloves and 50% alcohol). When his eldest son graduated from the Philadelphia College of Pharmacy (the father having served as one of the college’s founders), Frederick Brown, Jr. joined his father’s firm in 1861, and assumed full control when his father died. To offset imitators, Frederick, Jr., trademarked a new label for Brown’s Essence of Ginger in 1881, and began packaging the product in flask­ shaped bottles in 1882. The firm continued to manufacture and advertise Brown’s Essence of Ginger as well as Brown’s Choleral Mixture (originat­ed in 1832) and several other proprietaries until early in the 20th century.