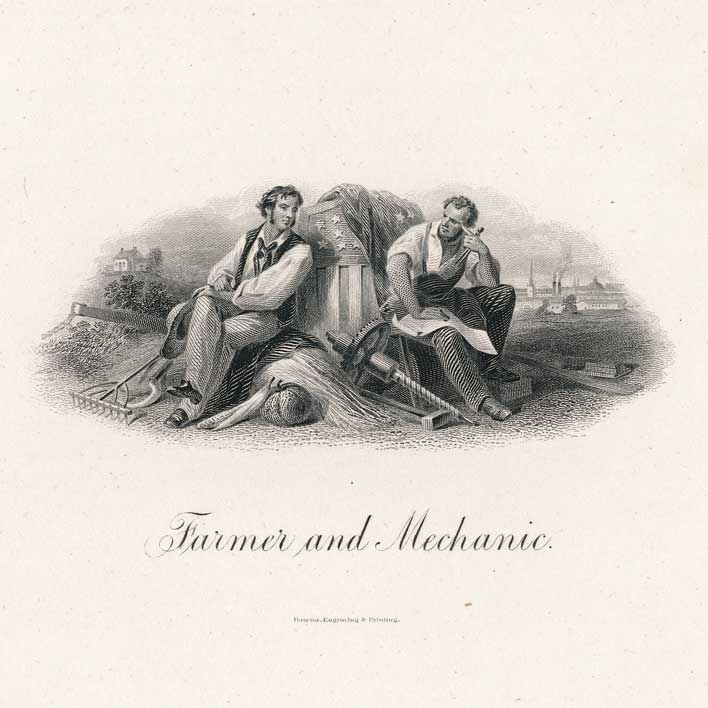 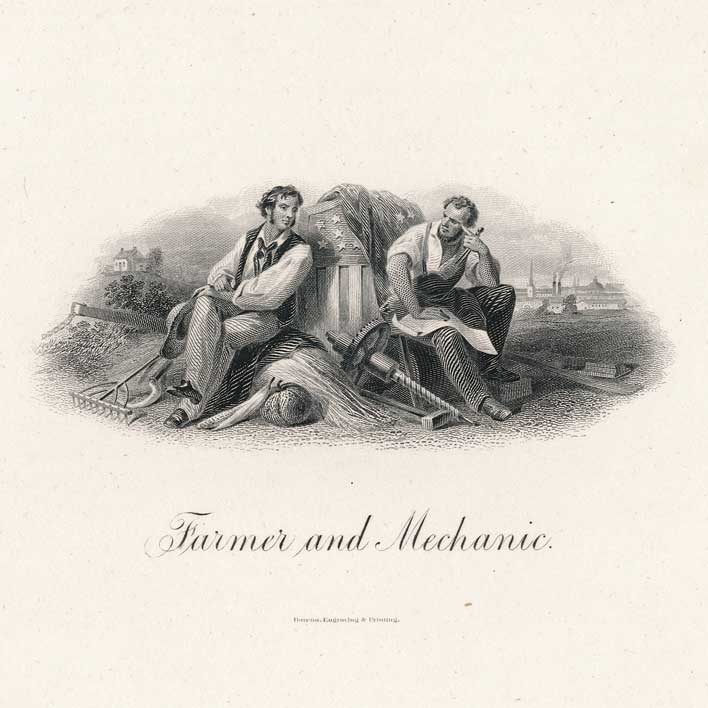 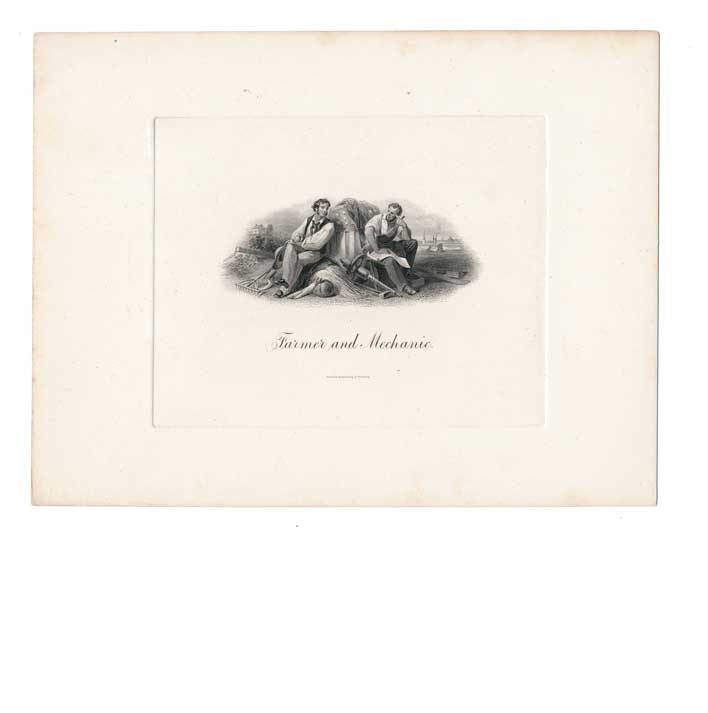 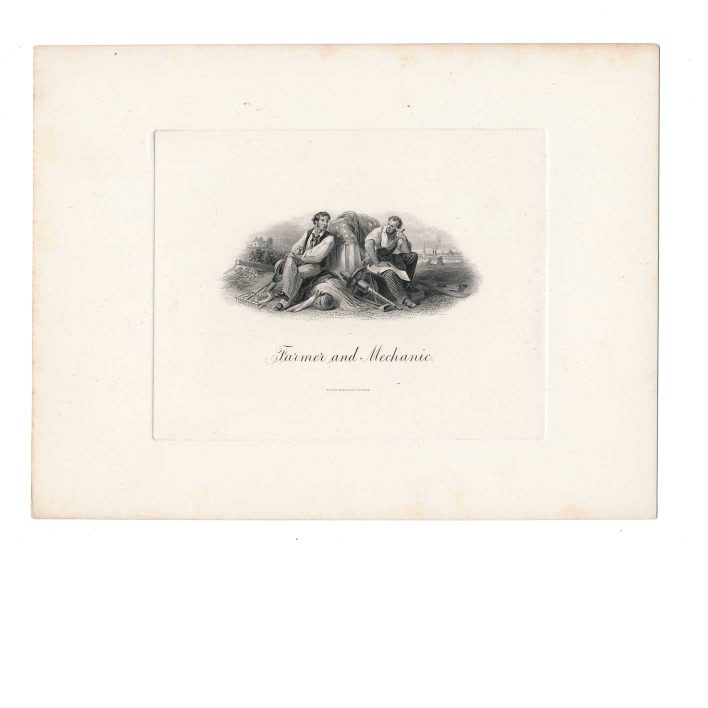 Frederick Girsch engraving of the “Farmer and Mechanic” that appeared on the $100 Interest Bearing Treasury Notes of 1864, approximately three and one-fourth inches by one and one-half inches, on card. Also used on Tobacco taxpaids of 1870s and various obsolete bank notes, stocks and bonds. For a matching tax paid usage see TF59. BEP proof control #47703 in blue on reverse.

Frederick Girsch, b. Beidingen, near Darmstadt, Germany 31 March 1821, d. Mt. Vernon, NY 18 Dec. 1895. As a boy he received drawing instructions from Carl Seeger. He supported his mother and four sisters by painting. His portrait of a Princess helped Girsch to attend the Royal Academy of Darmstadt. In that city he engraved for G.G. Lange. In 1848 he went to Paris to study; the following year he came to New York City. His first work in the U.S. was as etcher and engraver for the New Yorker Criminal Zeitung. In New York City Girsch also worked for other publishers including D. Rice, A.N. Hart, and DeBow’s Reuiew. The portraits of G.B. McClellan, David D. Porter, George Washington and John Winthrop in Appletons’ Cyclopaedia of American Biography were engraved by this artist. Bank note engraving was his forte. From 1855 to 1866 Girsch engraved for Danforth, Wright & Co. He engraved for American BNCo as early as 6 Dec. 1862 and as late as 12 June 1875. He might have also engraved for the National BNCo, and perhaps the Continental BNCo.

Note: this is an ORIGINAL nineteenth century die-sunk proof; not a reproduction or contemporary print. Your satisfaction is guaranteed.