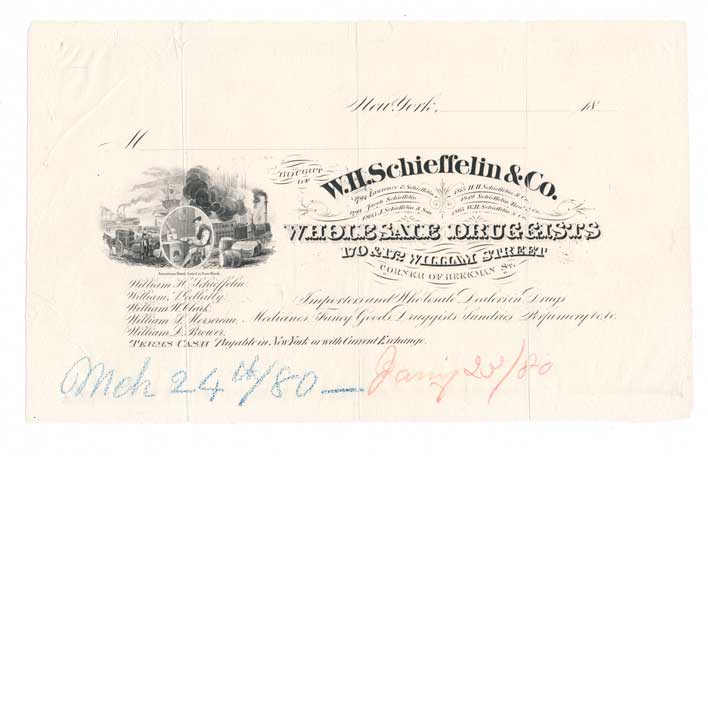 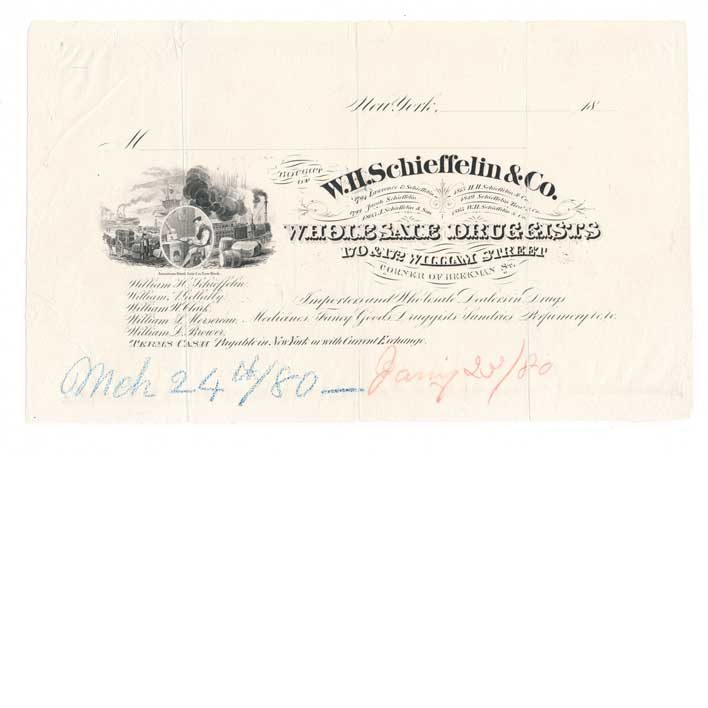 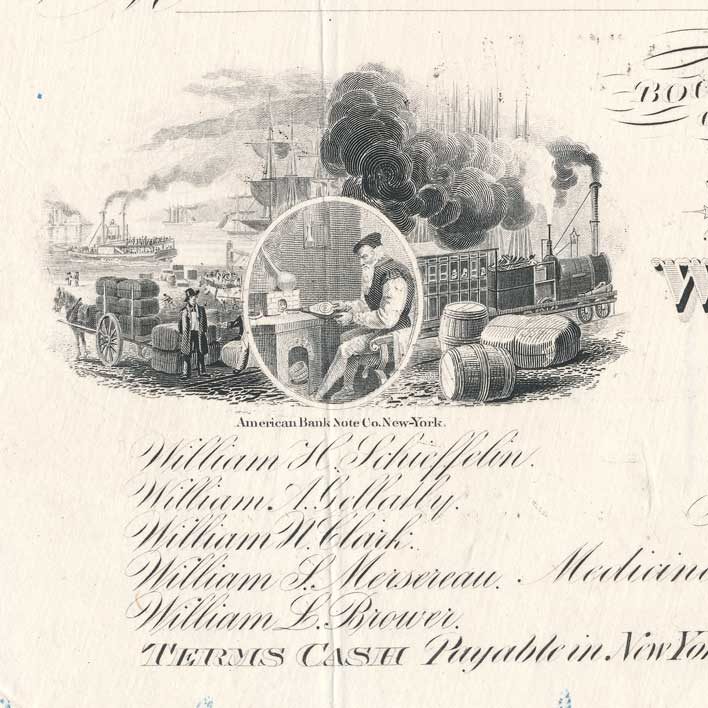 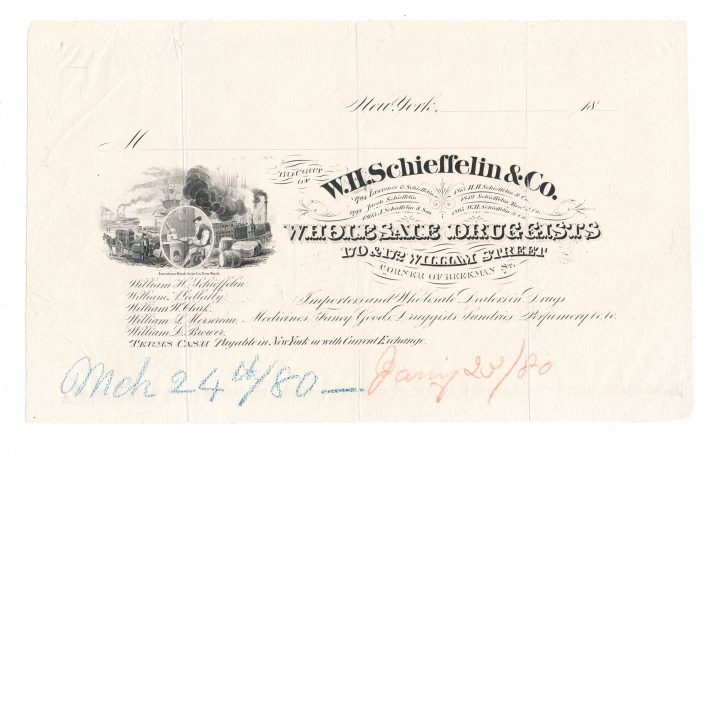 William H. Schieffelin of New York City acted as agents for Swaim Panacea for many years, and even appeared to have been the manufacturer of the product for a considerable time. Under Schieffelin’s direction, Swaim’s Panacea Pills and Swaim’s Vermifuge was introduced.

William Swaim was pursuing the craft of bookbinding in New York City when afflicted with some illness. He consulted a physician who pre­scribed a remedy which restored Swaim’s health. Somehow he managed to obtain the formula and moved from New York City to Philadelphia to launch a career as a patent medicine manufacturer. His concoction, first marketed in 1820 was simply called Swaim’s Panacea. He chose the symbol of Hercules slaying the many-headed Hydra to advertise his Panacea, and he published a variety of small pamphlets for wide distribution. The composition of Panacea included sarsaparilla, oil of wintergreen and corrosive sublimate–which led physicians to censure the product. But as a martyr, Swaim sold even more Panacea. In 1834, the firm was known as William Swaim and Son, and subsequently James Swaim, M.D., was direct­ing the firm. In 1848 James Swaim placed Dr. Franklin Stewart in charge of the Swaim Laboratories, still located in Philadelphia. James Swaim died in 1870 and another William Swaim either James’ son or brother continued the business. William Swaim moved to Italy and then to France where he lived until his death in 1879.