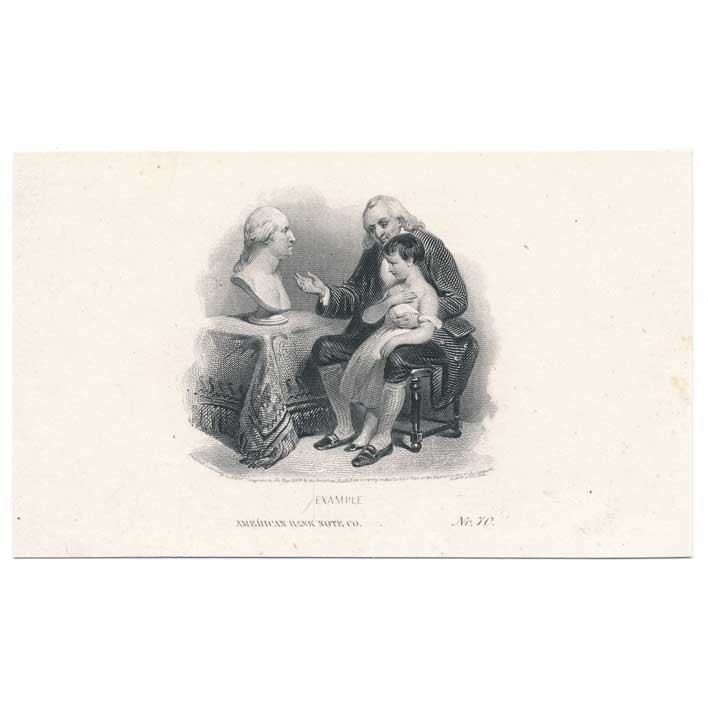 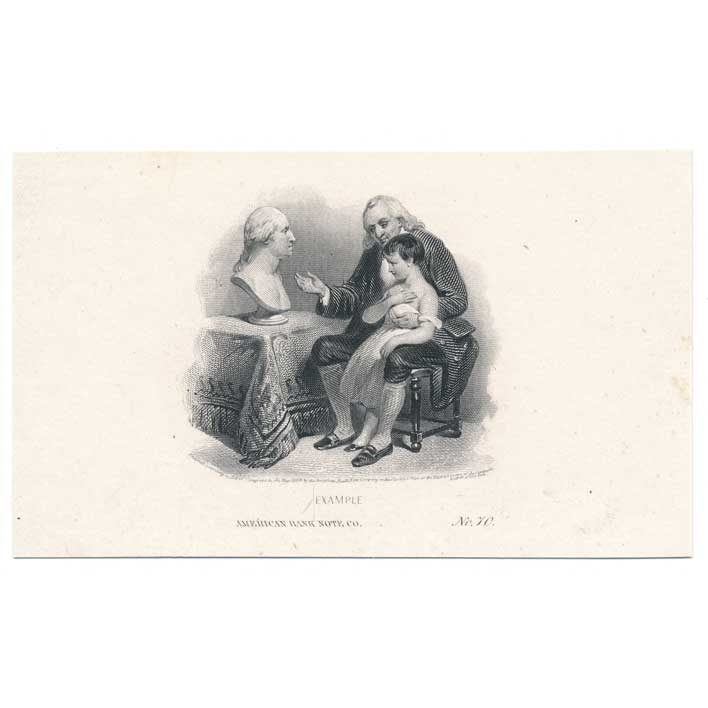 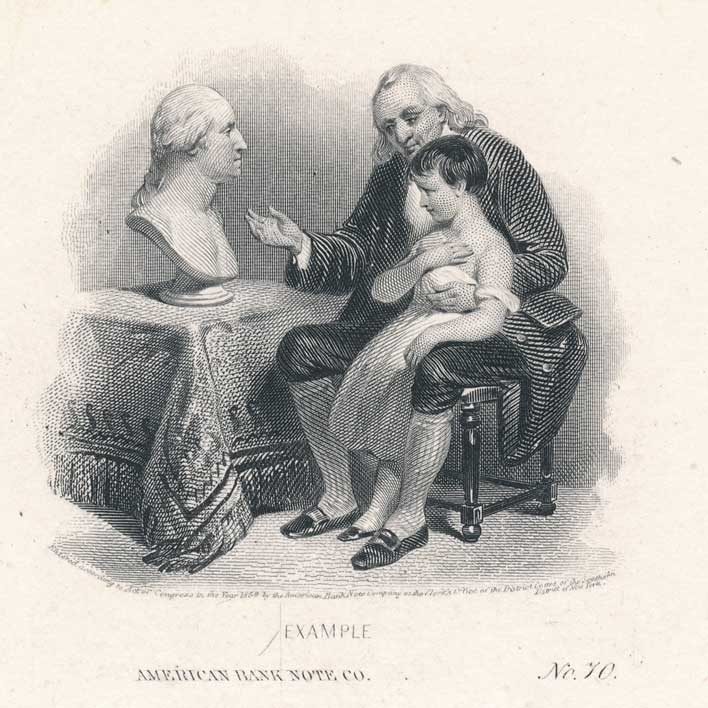 Alfred Jones engraving, after a sketch by F.W. Edmonds, entitled The Example. Appeared on Bank of Chambersburg, PA $1 & $10; Bank of Lawrence County, PA $2; the Central Bank of Frederick, MD $1.

Alfred Jones was born in Liverpool, Eng., Apr. 7, 1819. In 1834 he came to the United States and was apprenticed to a bank-note engraver; but found time to study at the National Academy of Design. He first became prominent by an engraving after Durand’s “The Proposal”. Later he engraved plates for the American Art Union, the Philadelphia Art Union and the Western Art Union. In 1846 Mr. Jones went to Europe for purposes of study and spent a year in Paris. From 1848-95 he was engaged almost exclusively in bank-note engraving and most of his work was executed during this period. Noteworthy are the 2-cent, 30-cent, $4.00 and $3.00 postage stamps in the Columbian series for the American Bank Note Co. Mr. Jones was a skillful painter in oil and water colors; was elected an associate of the National Academy in 1841, and an academician in 1851, and for many years was its secretary and treasurer. He was a member of the Artists’ Fund Society, and the American Water Color Society, and was vice president of the former for several years: and was one of the earliest members of the Century Association. He died in New York city in consequence of an accident, Apr. 28, 1900.