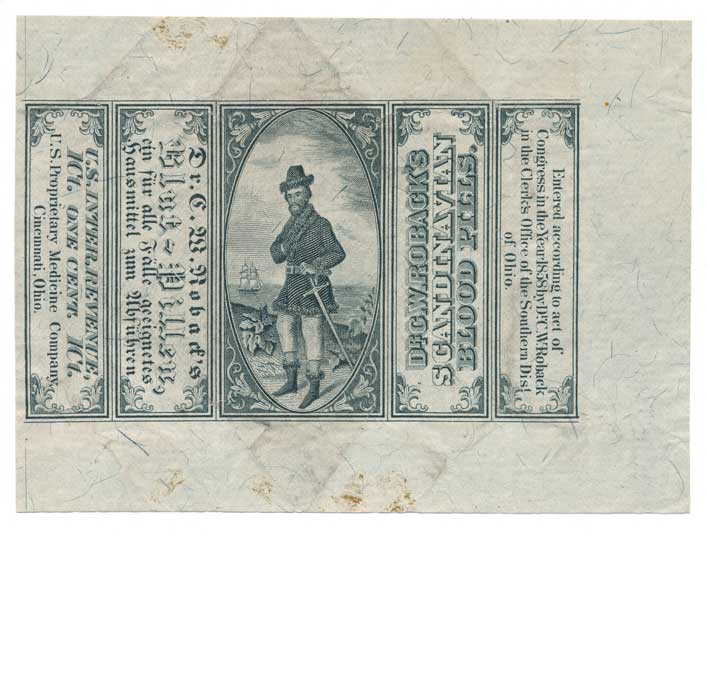 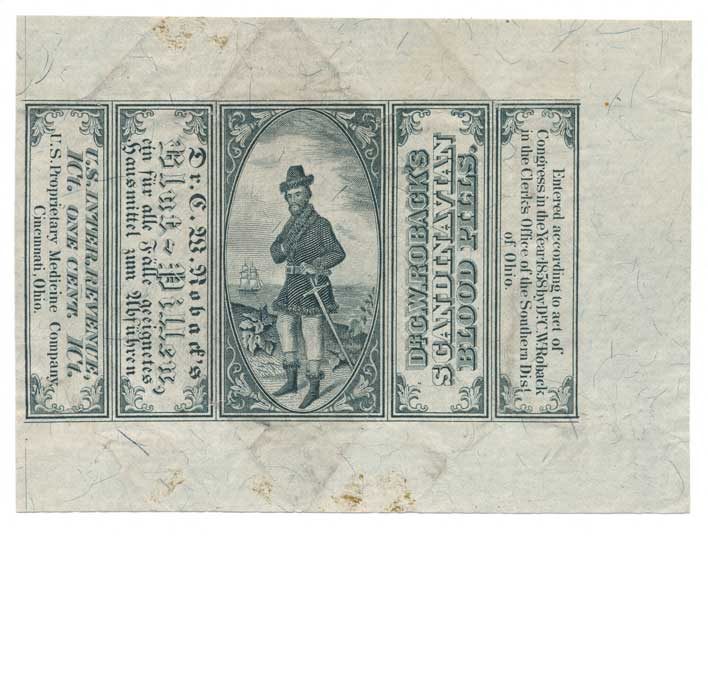 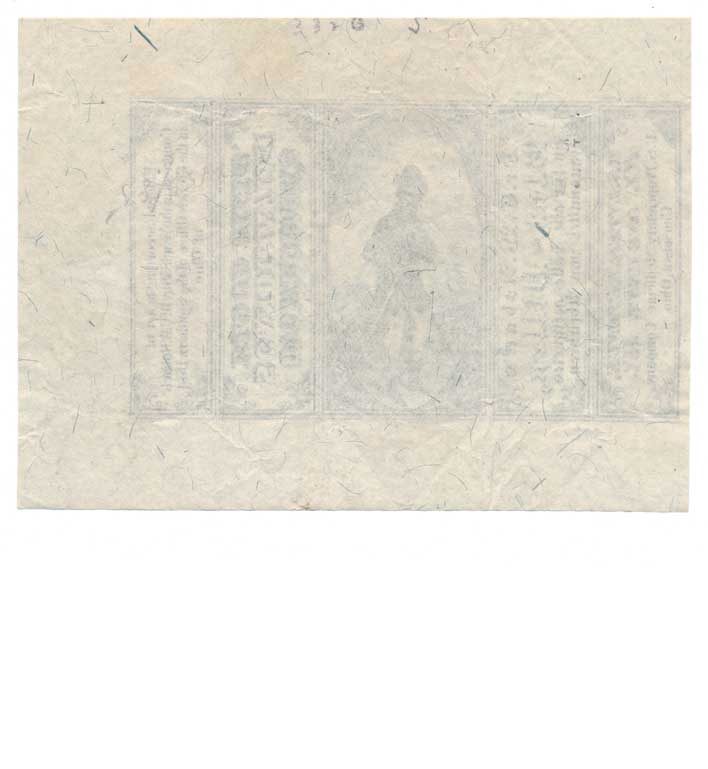 Dr. C.W. Roback of Cincinnati, Ohio, introduced a group of proprietary medicines in 1855, designating them as “Scandinavien” in 1857. A year later the designation was changed to “Scandinavian” and applied to Blood Pills and Blood Purifier. By 1866, Scandinavian Stomach Bitters had made an appearance. All were distributed through a wholesale druggist, Demas Barnes. The United States Proprietary Medicine Company, also of Cincinnati, took over the business in 1866, whereupon “Dr.” Roback was listed in the city directory as “Manufacturer of Fine Cut and Smoking Tobacco”. This company issued stamps from May 1867 to June 1874.