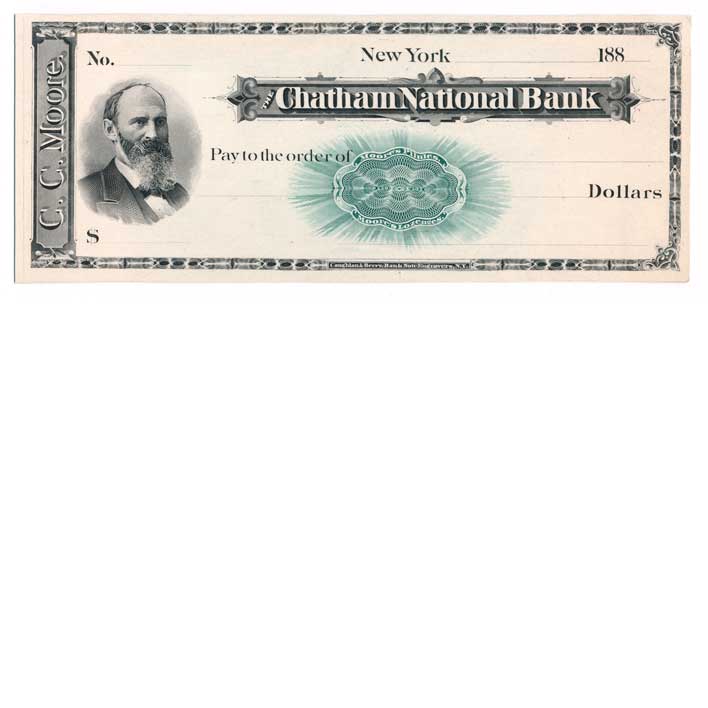 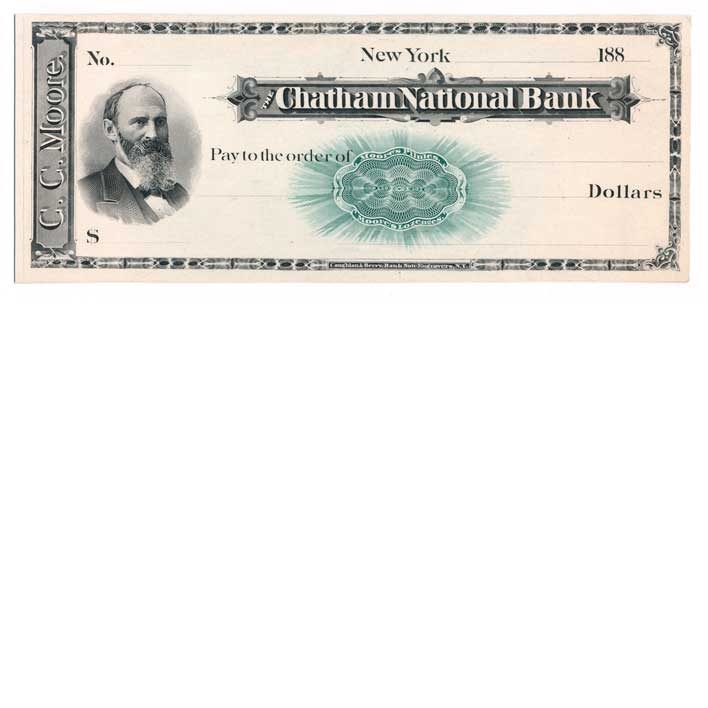 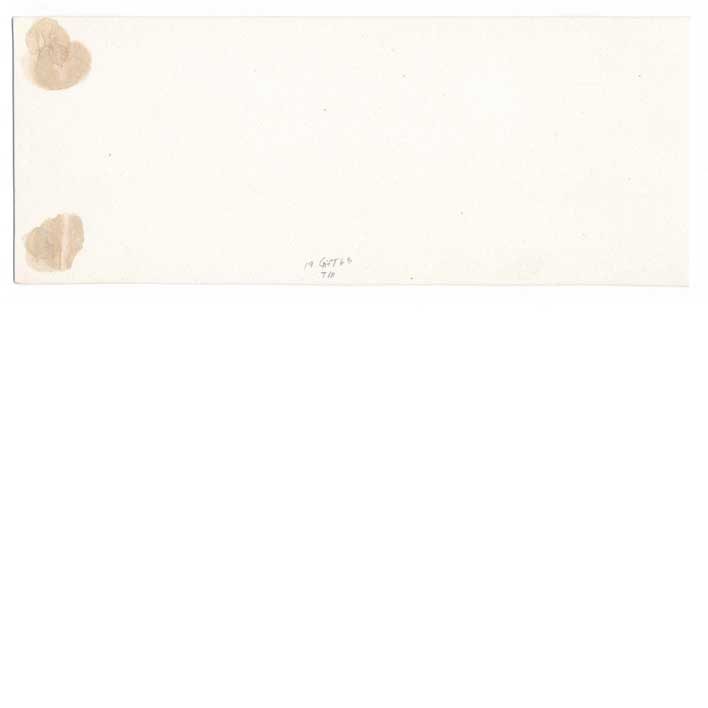 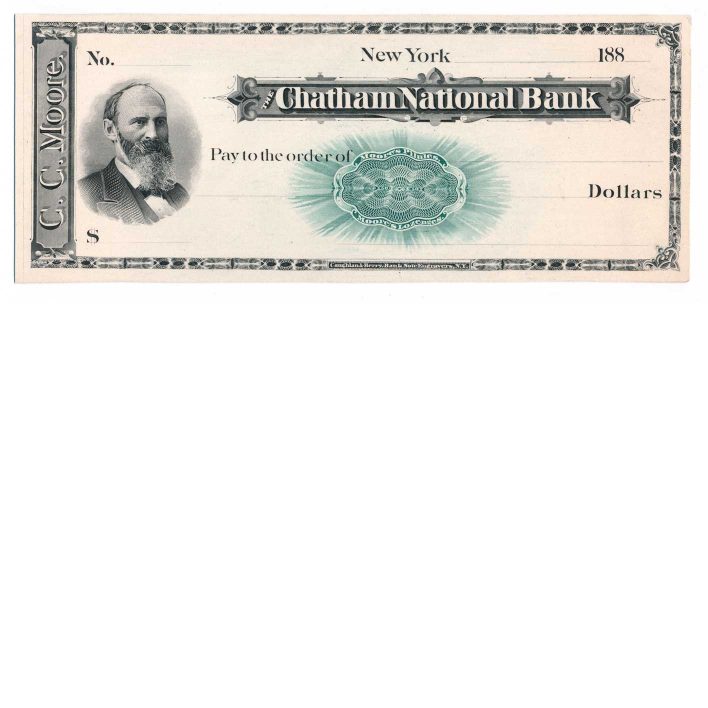 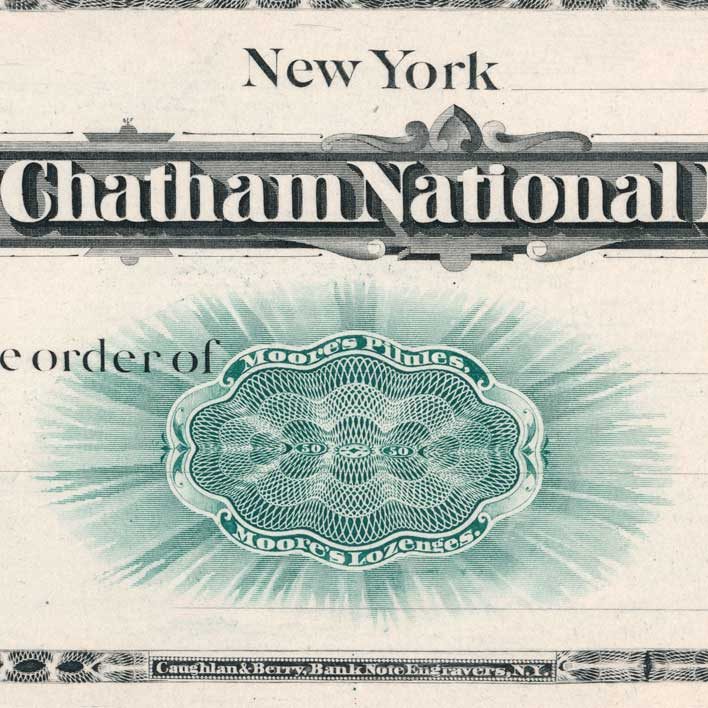 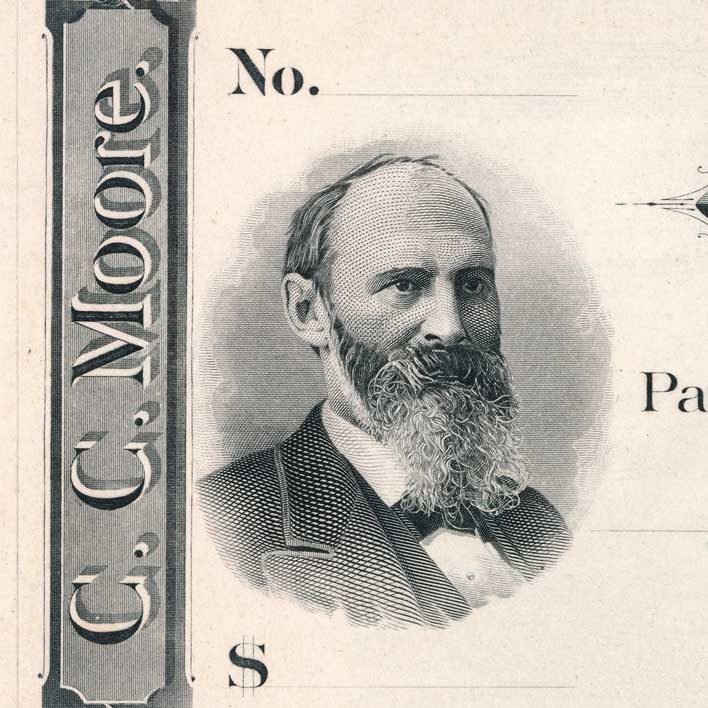 Unique item from the Thomas F. Morris archive. Caughlan & Berry Engravers was organized in 1883 by Daniel F. Caughlan and was only in operation until 1885 when Caughlan joined the Canadian Bank Note Co. He later became a siderographer and engraver for John A. Lowell, Boston.

Charles C. Moore introduced his Throat and Lung Lozenges in 1867, but did not begin to use a private die stamp until 1877. His stamps were issued from 1877 to December of 1881, though the product continued to be offered well after the 1883 cessation of the tax.